The tools used by writers to commit their thoughts and ideas into a tangible form have evolved over the course of centuries. From writing on parchment with quills, to paper and pens, and all the way to the processors of the digital world, writing is an integral part of cultural communication. The Rare Book and Manuscript Library recently highlighted this progression through an exhibit featuring a variety of treasures from the vault. 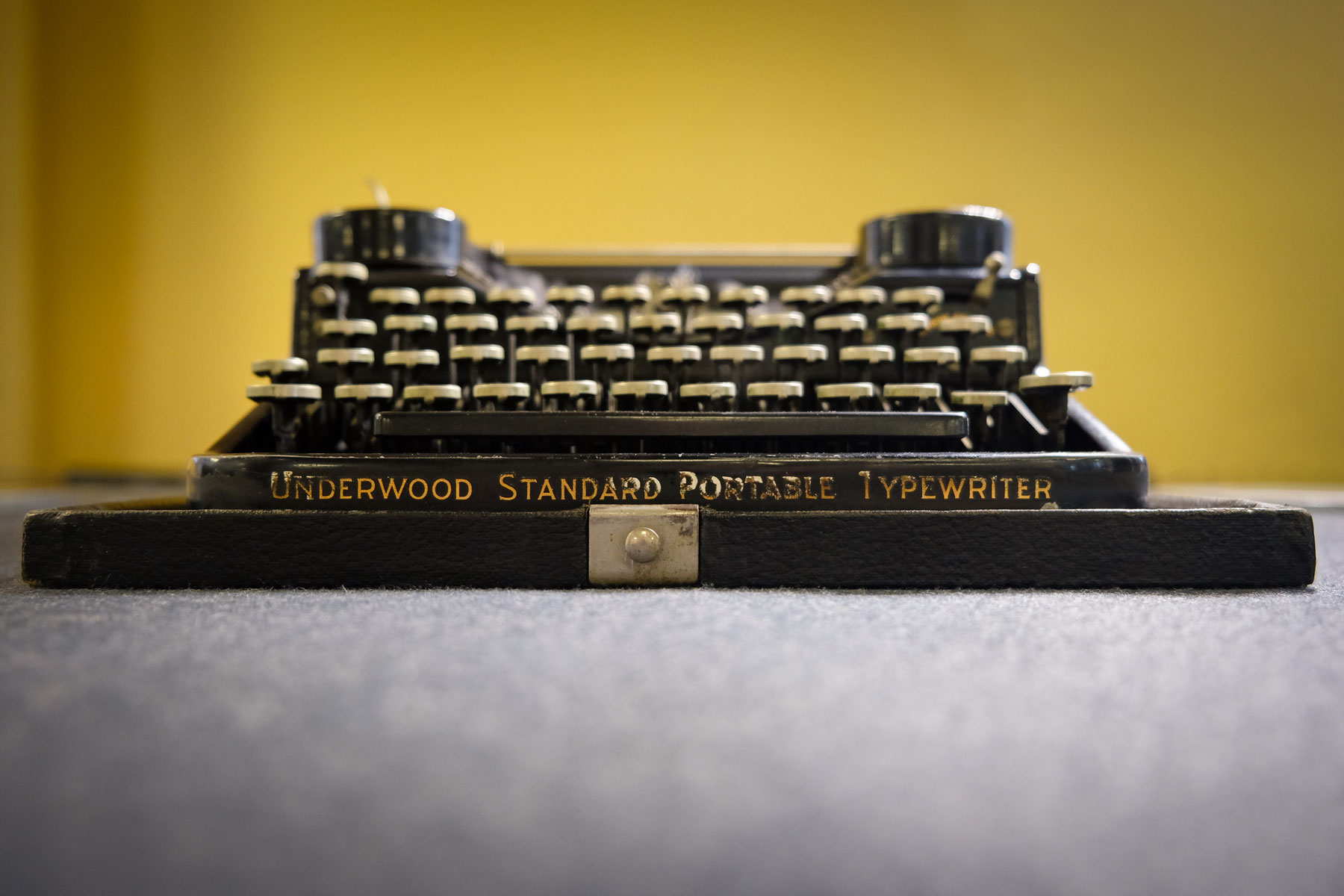 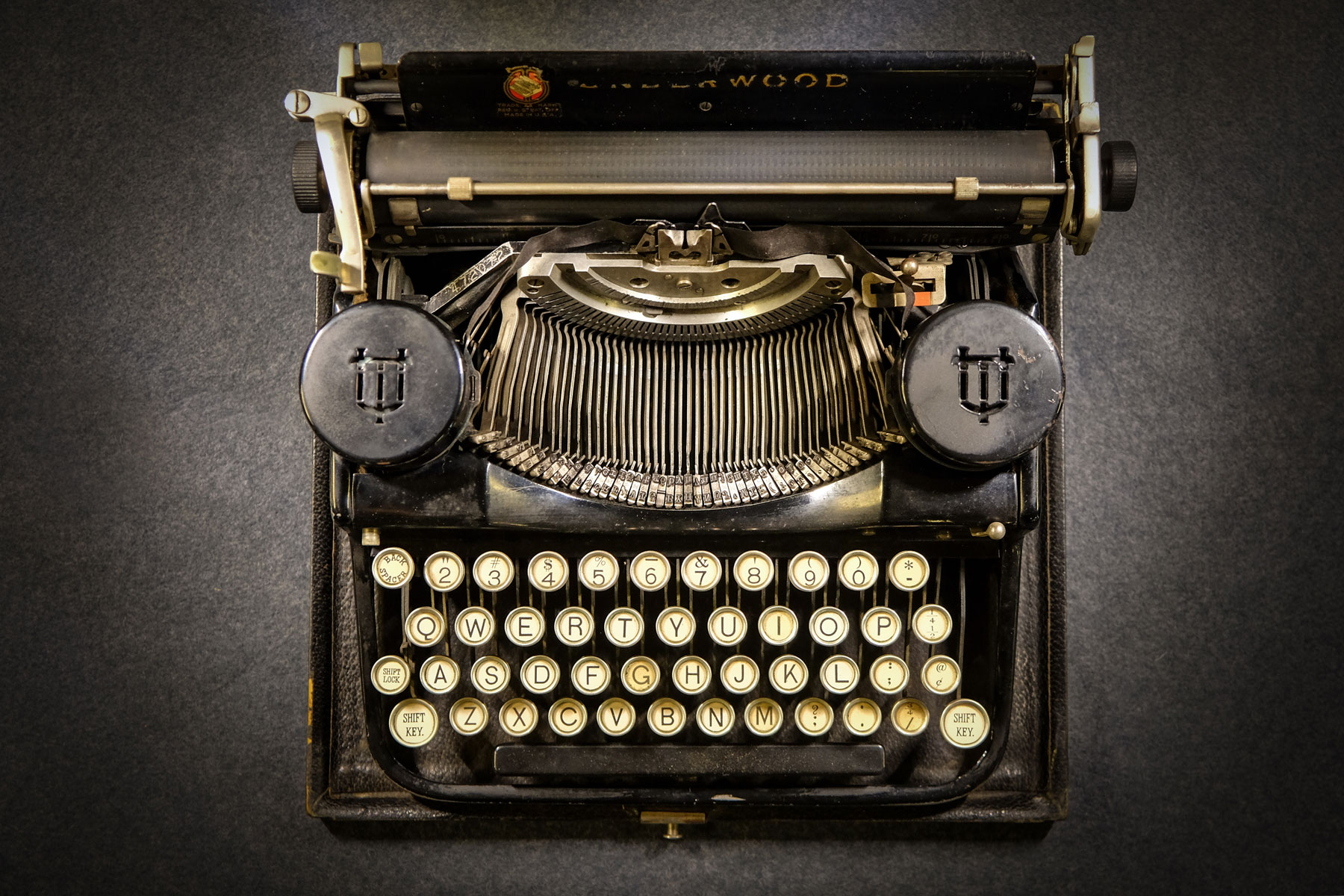 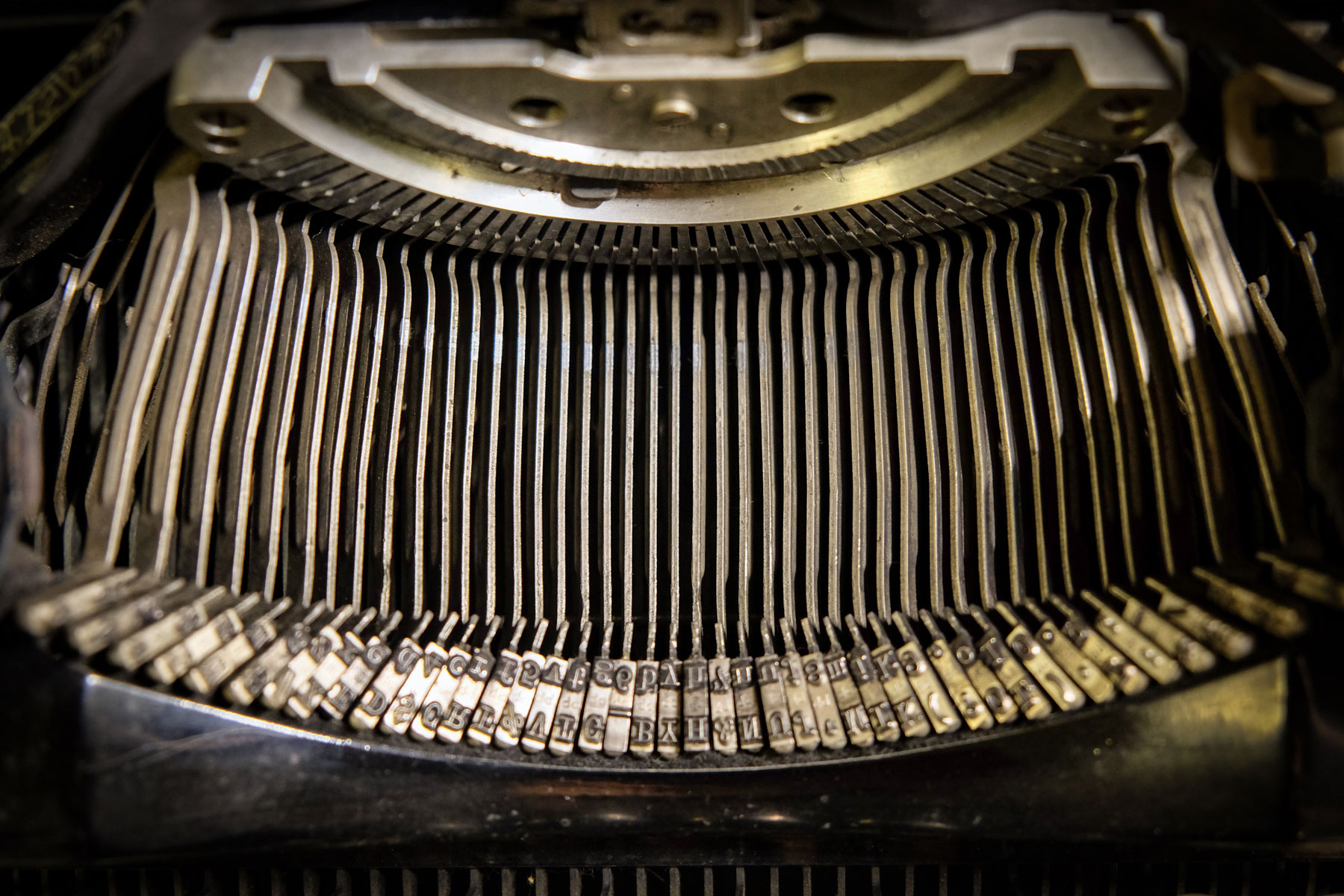 Before Hugh Hefner (MEDIA ’49) became a well-known American magazine publisher, he served in the U.S. Army as an infantry clerk and drew cartoons for military newspapers from 1944 to 1946. After the military, he graduated from Illinois with a bachelor of arts in psychology and a double minor in creative writing and art–having earned his degree in only two and a half years. In 1953, Hefner gathered financial resources to launch a new type of men’s entertainment magazine. The first issue of Playboy was released in December 1953 and was a resounding success. Hefner was not only the magazine’s founder, but also served as editor-in-chief. Through the visual art and cutting-edge journalism published in Playboy, Hefner became a champion of freedom of expression in the publishing industry. This typewriter, a vintage Underwood Standard Portable Four Bank, was used by Hefner to create the first issue of Playboy. 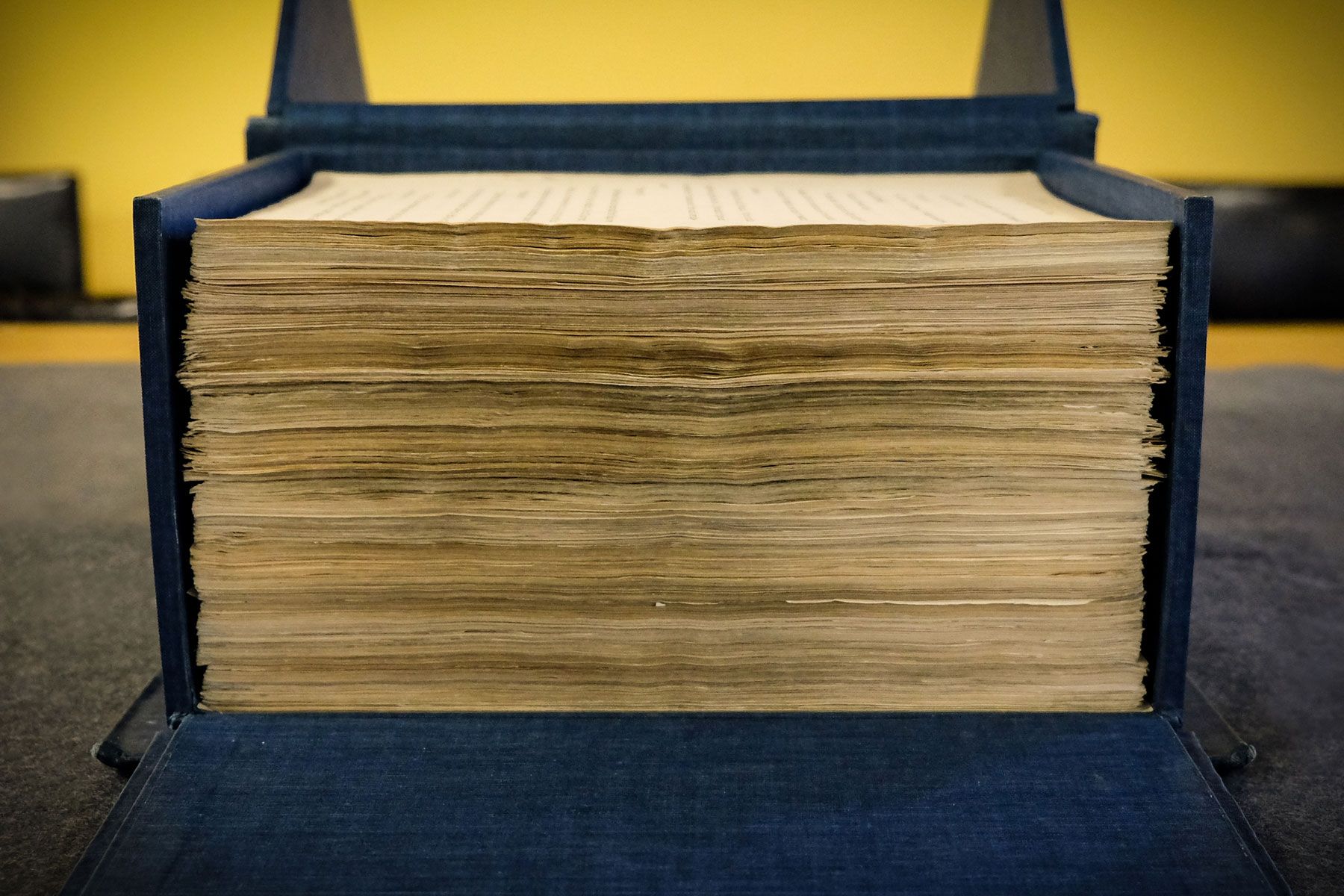 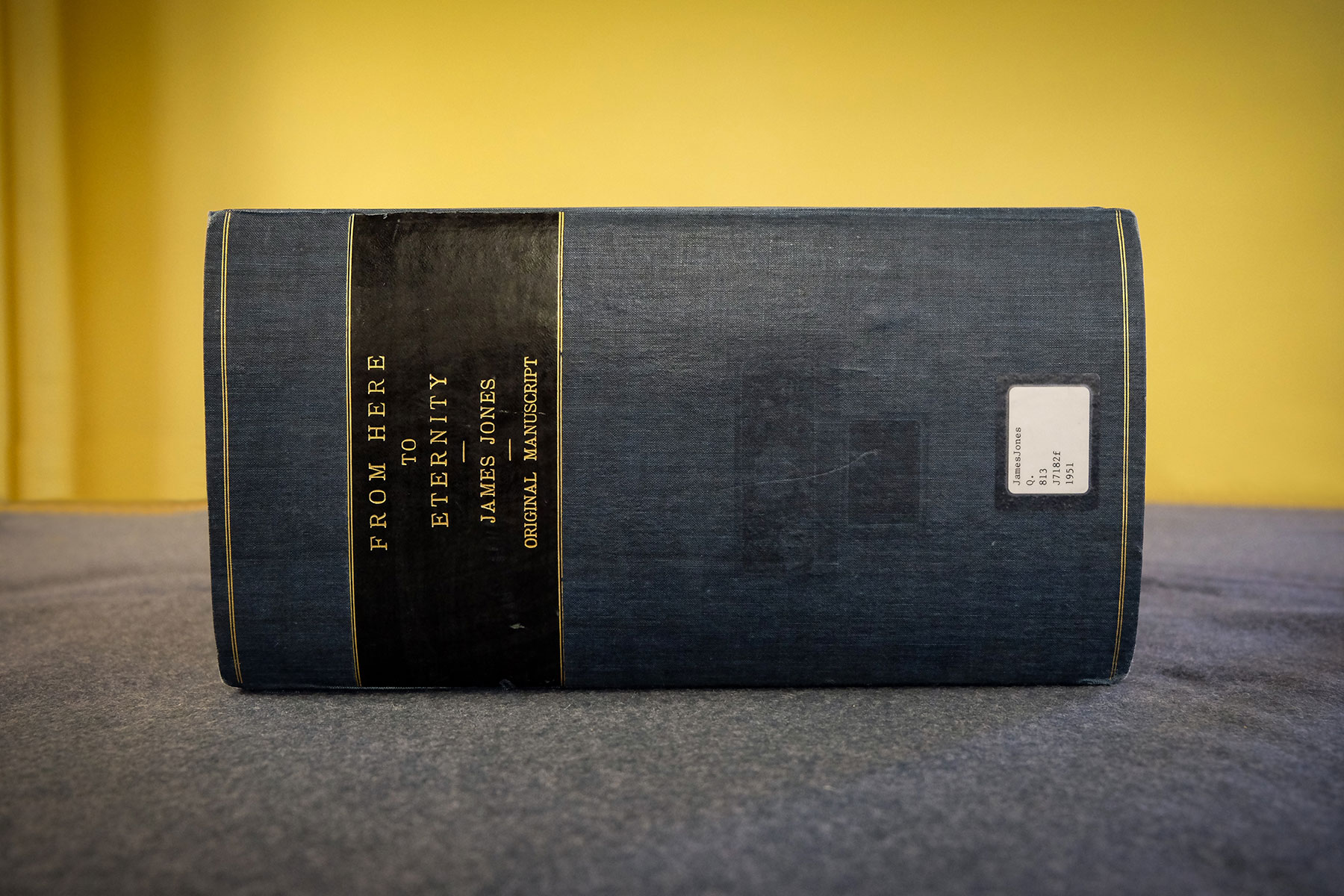 James Jones (1921-1977) is a celebrated American novelist whose literary work focused on World War II and its aftermath. In 1939, at the age of 17, Jones enlisted in the U.S. Army. He was stationed in Hawaii, where he witnessed the events of Pearl Harbor and later saw combat on Guadalcanal. Jones was discharged due to an injury in 1944 and returned to the U.S. The years he spent on active duty would play a major role in his literary career. His debut book, From Here to Eternity  (1951), is set in 1941 and revolves around a U.S. Army infantry unit stationed in Hawaii in the months leading up to the attack on Pearl Harbor. The book won the National Book Award in 1952, was made into an Academy Award winning film in 1953, and was named one of the hundred best novels of the twentieth century by Modern Library.

This is the original typescript of the novel: 1,382 pages typed on onion skin paper. 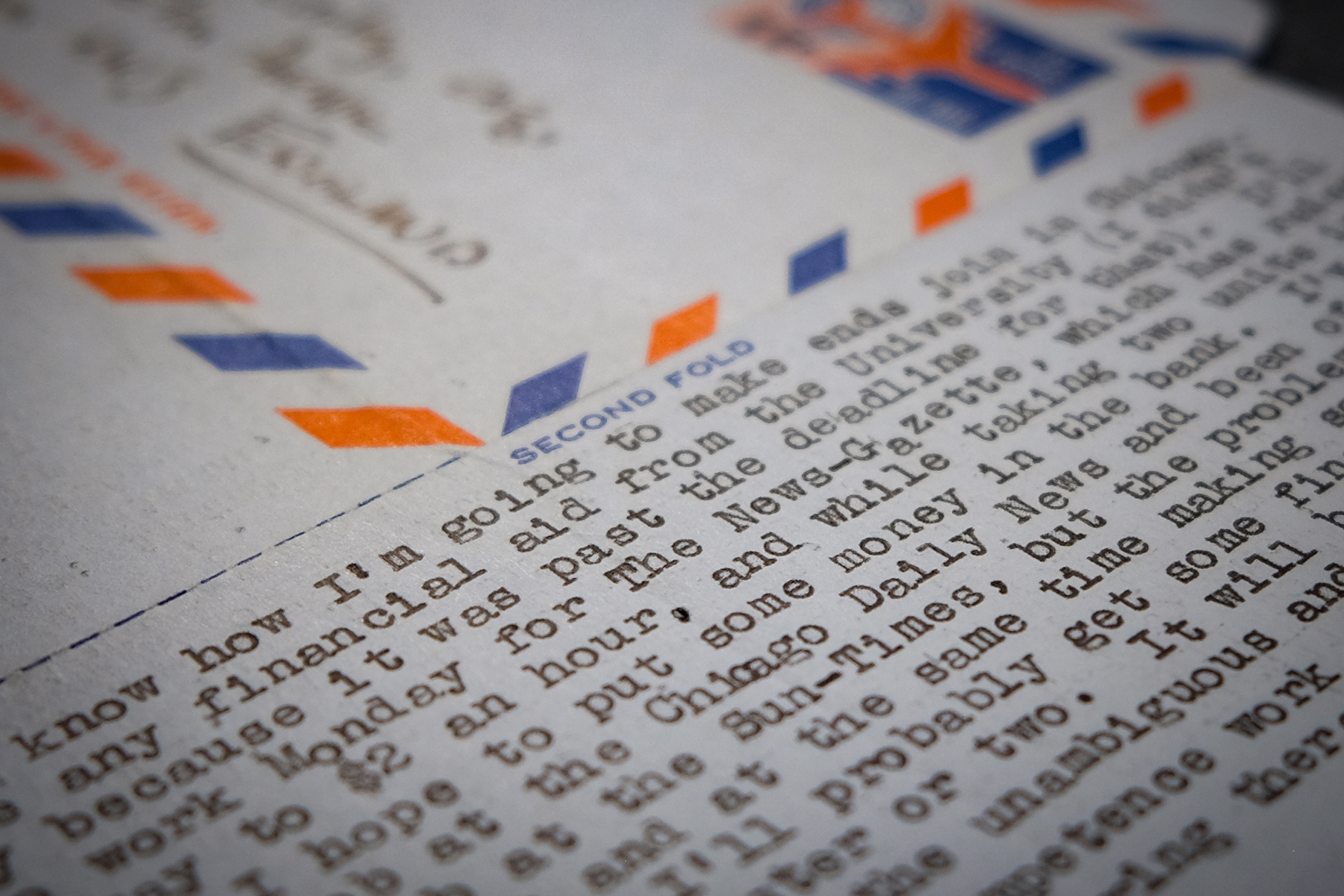 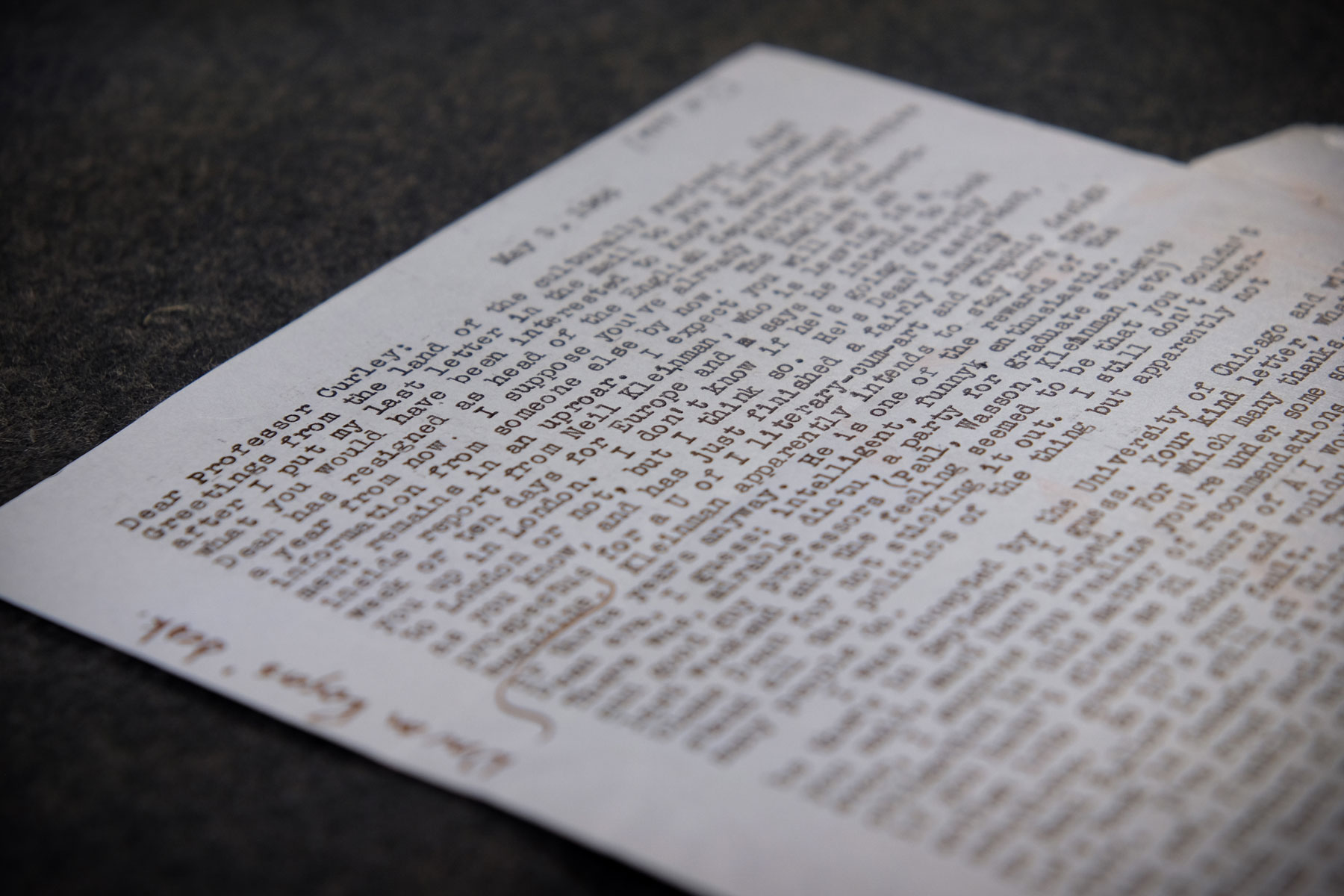 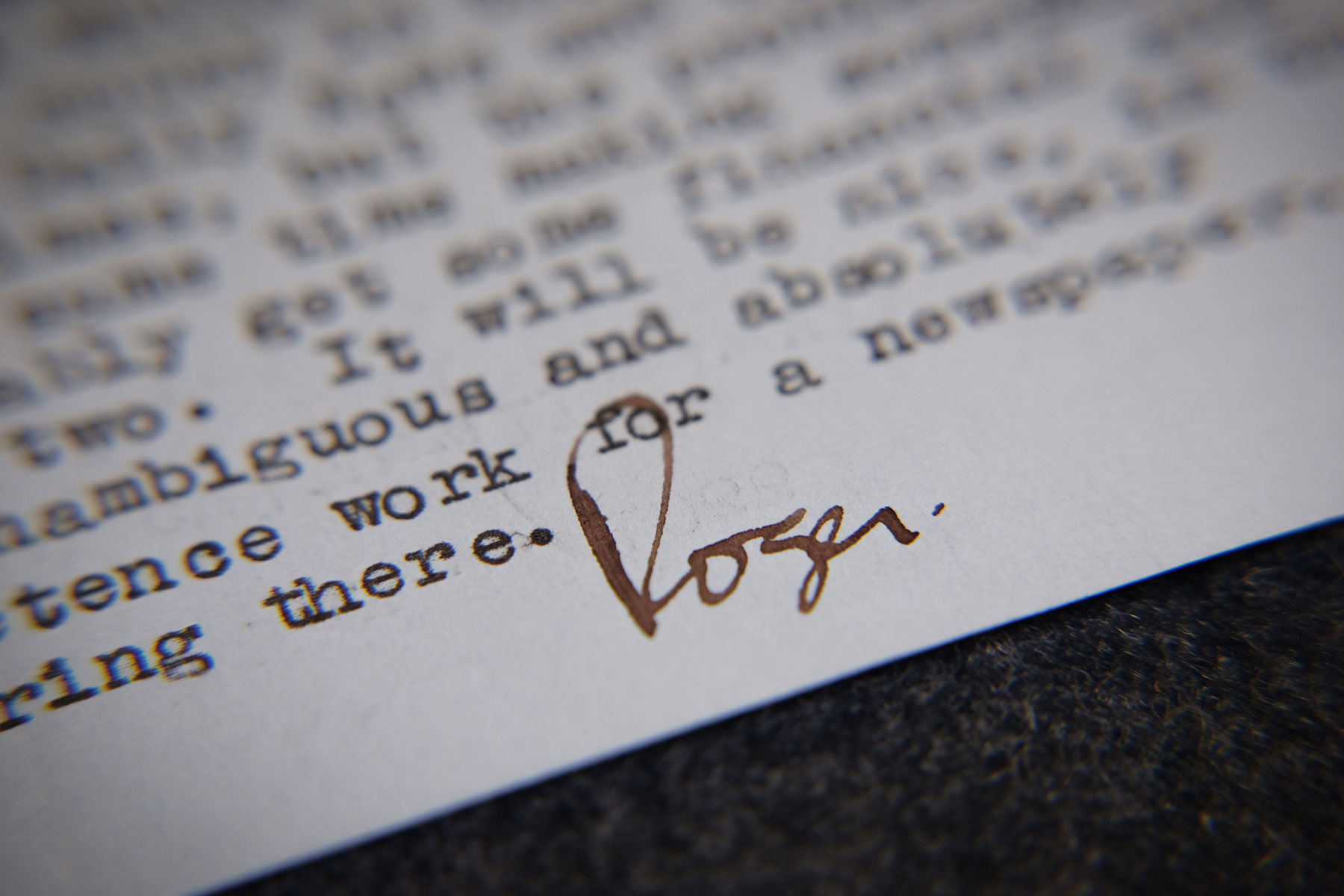 Aerogramme to Dan and Mrs. Curley from Roger Ebert on March 18, 1966. Loan courtesy of the University Archives, University of Illinois Urbana-Champaign.

Over the course of his career, Roger Ebert (MEDIA ’64) was a film critic, historian, journalist, screenwriter, and author. Throughout that time, he maintained a friendship with Illinois English professor Dan Curley, who served as an early role model and mentor. The two men exchanged a significant amount of correspondence over the years, covering everything from Ebert’s early days at the Chicago Sun-Times, his fears of being drafted into the Army, as well as books and films they loved. They eventually collaborated on a book together, The Perfect London Walk, which was published in 1985. Only four years later, after more than thirty years of friendship, Curley was killed in a car accident. Ebert was asked to spread his ashes on Parliament Hill, overlooking London. 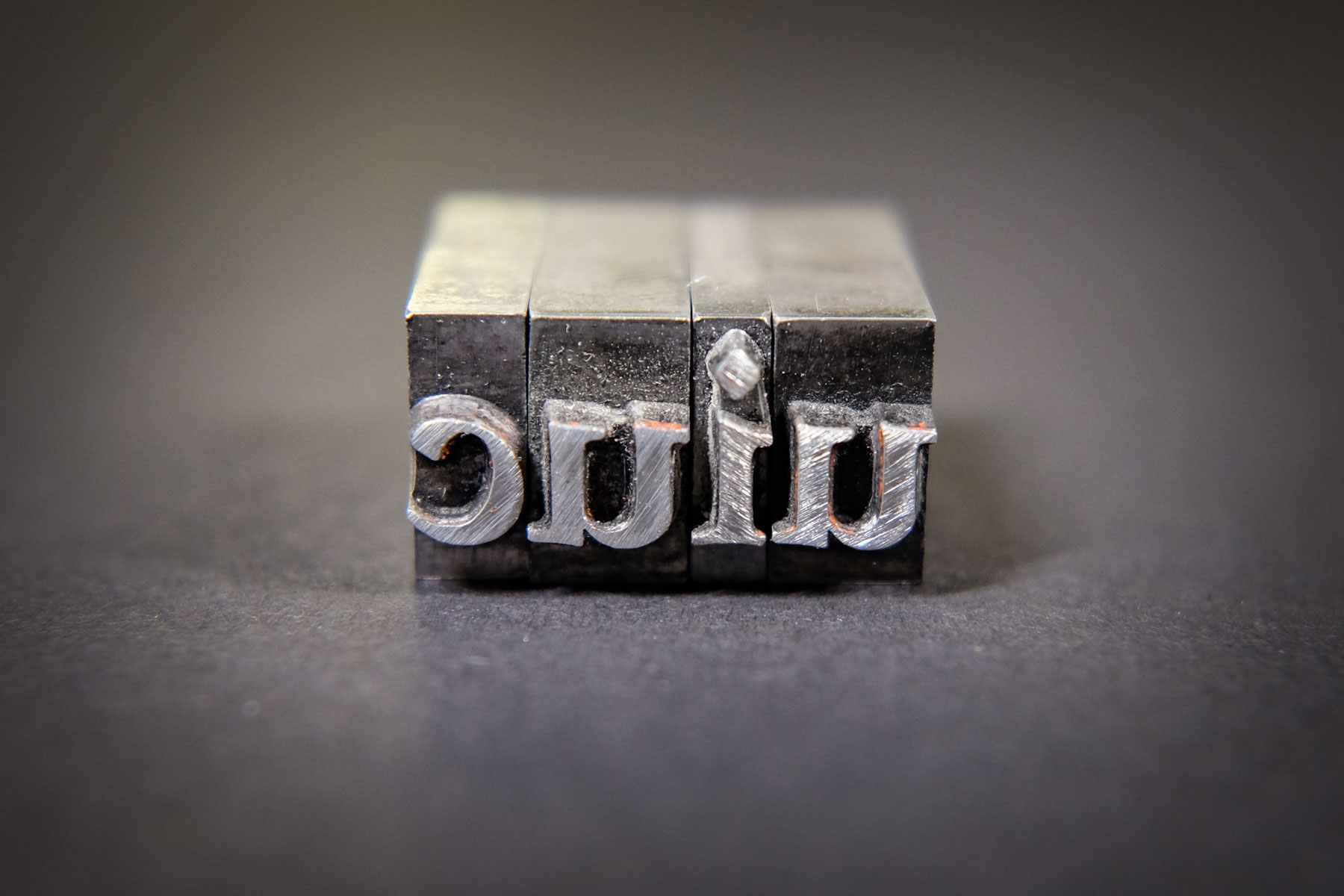 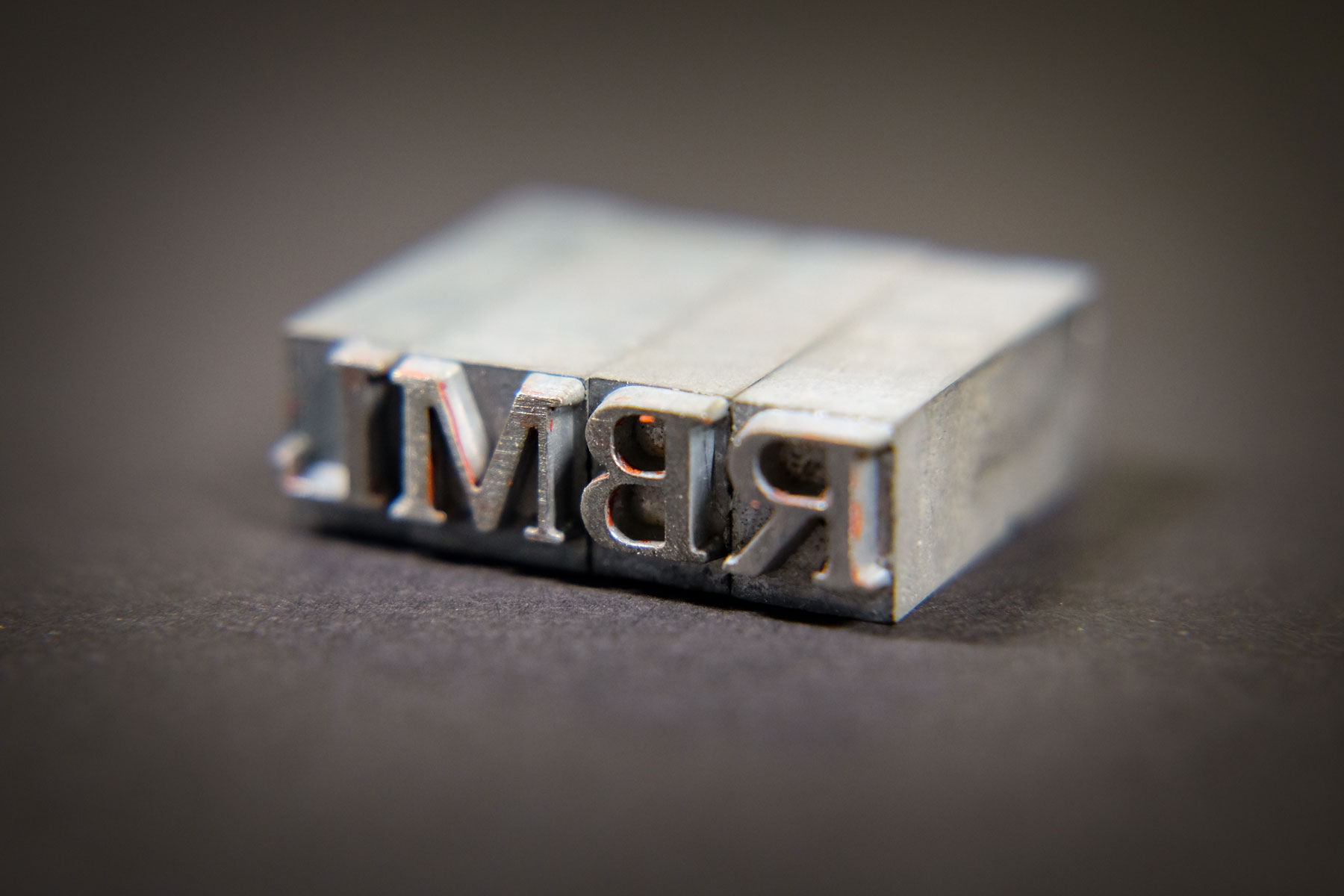 These are an example of metal movable type. They are components of the printing system that uses movable and reusable pieces to reproduce the individual characters and elements of a document. In the West, this process was notably pioneered by Johannes Guttenberg around 1455. Looking closely, you can still see the red ink on the metal. 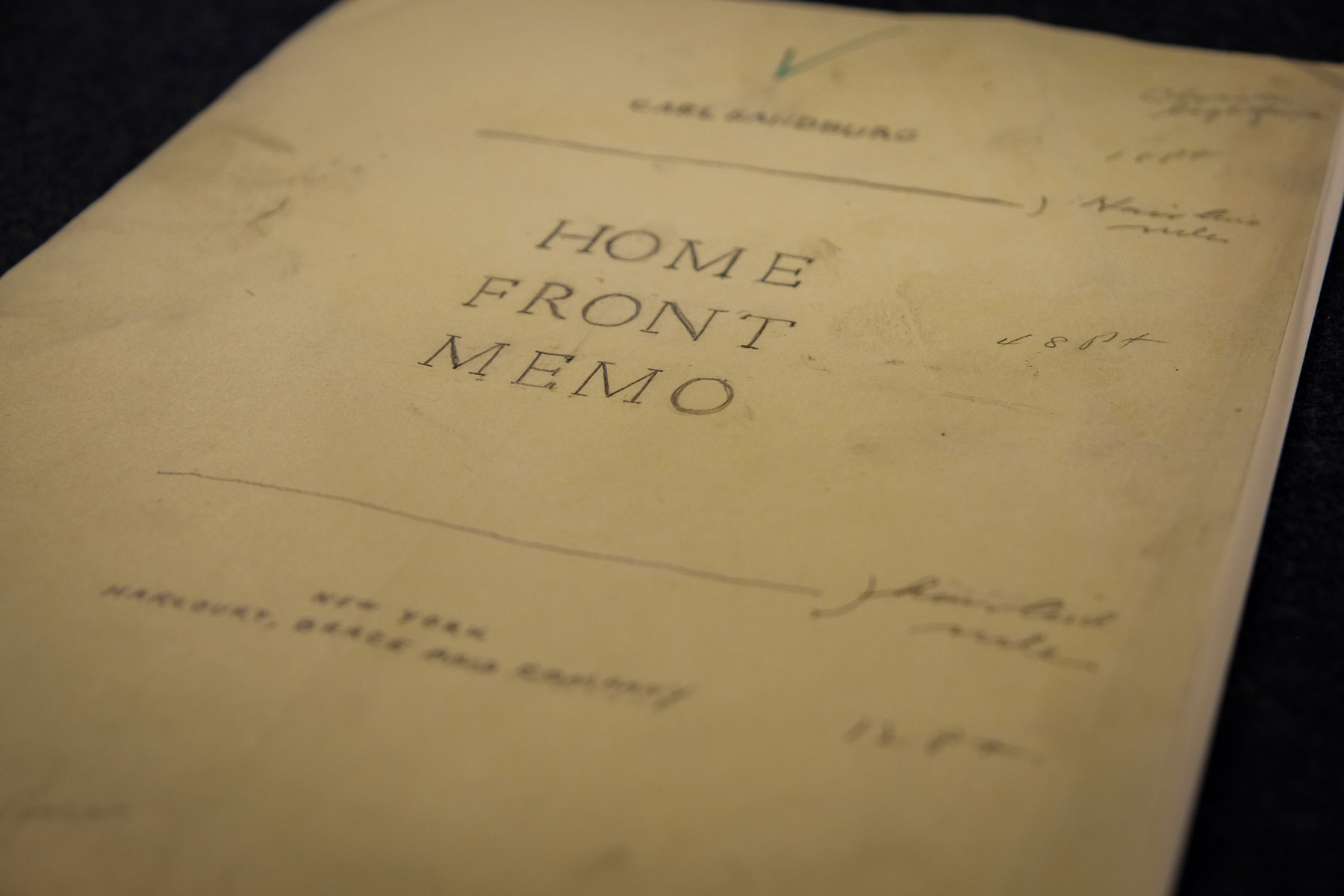 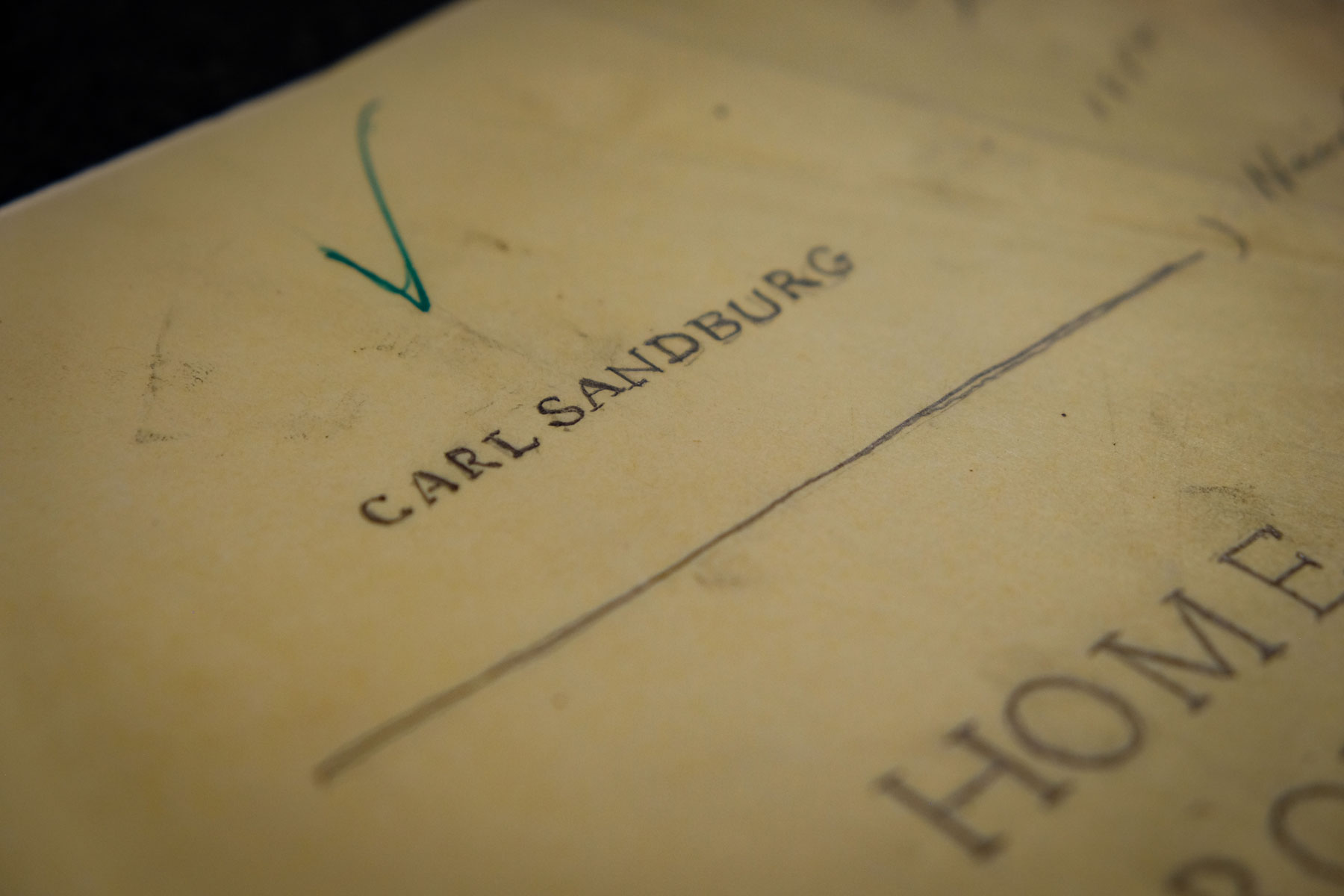 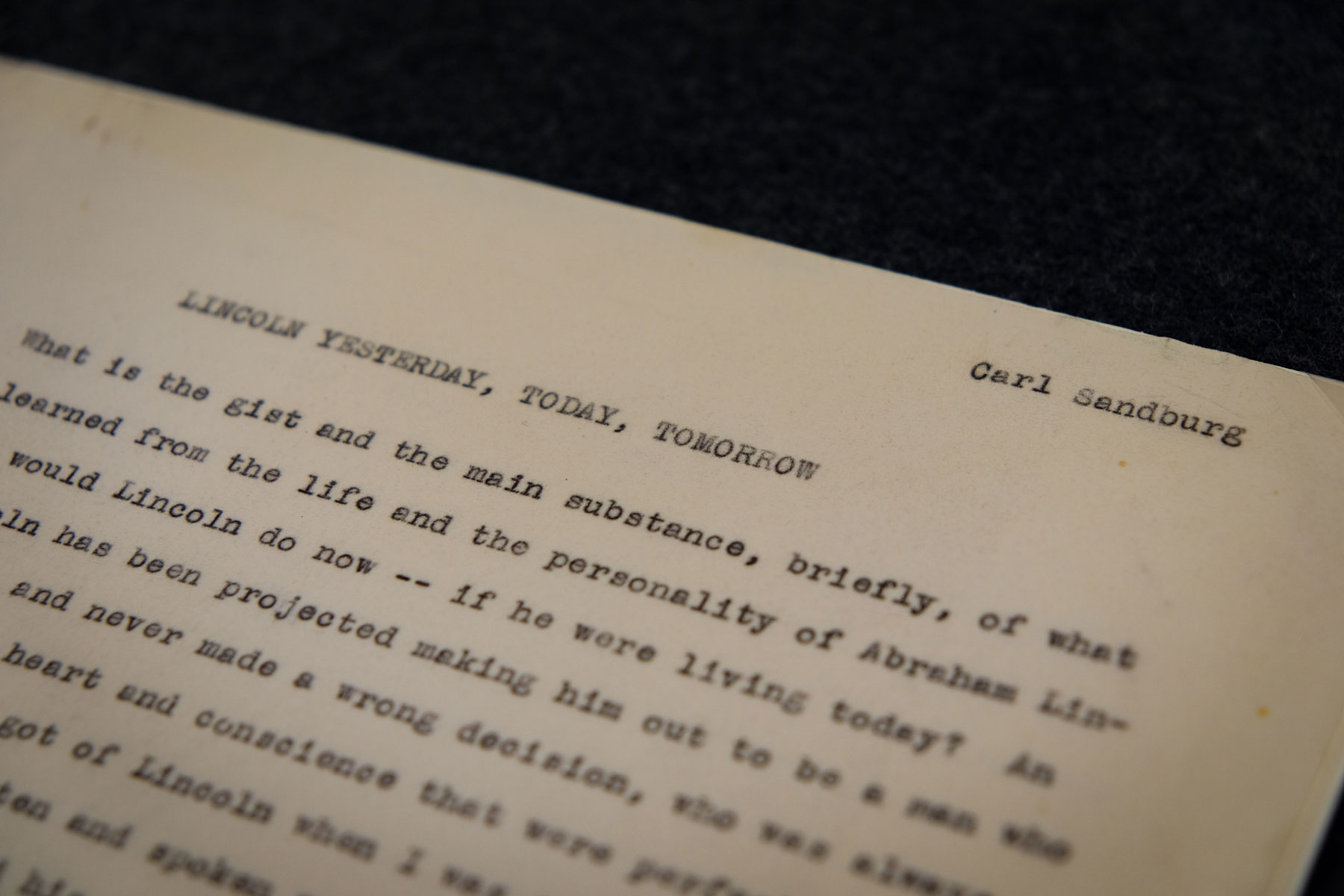 Sandburg was born in Galesburg, Illinois on January 6, 1878. He left school at the age of thirteen and pursued odd jobs to help support his family. In 1898, he served eight months in the U.S. Army in Puerto Rico during the Spanish American War. Afterwards, Sandburg attended Lombard College—despite not receiving a high school diploma—and began his writing career. Sandburg is best known for his poetry and his biography of Abraham Lincoln. He was awarded three Pulitzers, two for poetry and one for history: Cornhuskers (1919), The Complete Poems of Carl Sandburg (1951), and Abraham Lincoln: The War Years (1940). The tools used by Carl Sandburg include a Black Corona Silent Typewriter. Sandburg used it to write articles, speeches, and news notes, which were later included in Homefront Memo (1943). These manuscript pages are from Sandburg’s initial drafts of Homefront Memo. The cover page features handwritten notes on design changes and is accompanied by a sketch of the desired design. 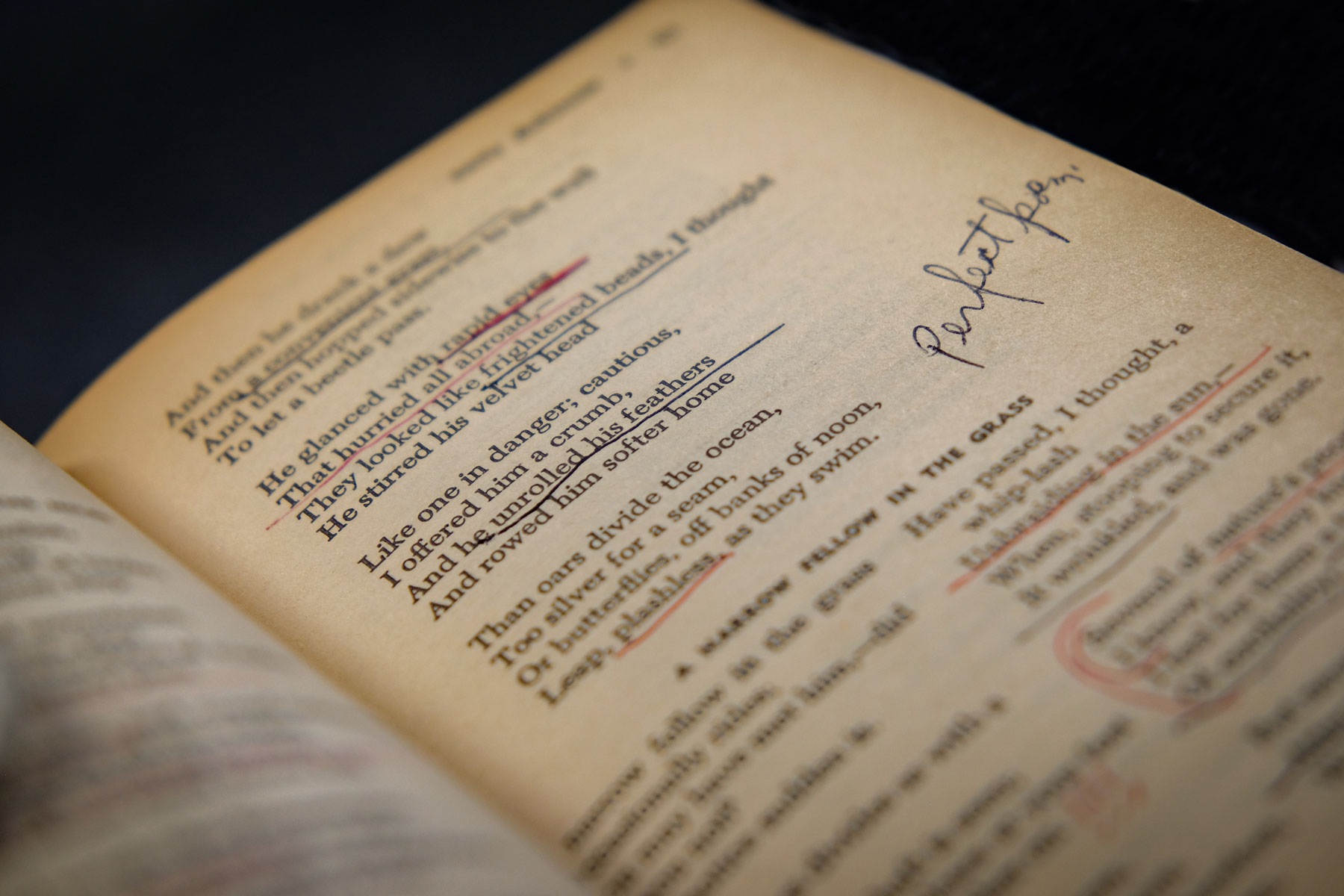 Gwendolyn Brooks (1917-2000) was an award-winning American poet, author, and teacher. In 1950, Brooks won the Pulitzer Prize for Poetry for her work, Annie Allen, and became the first African American to receive the Pulitzer. In 1968, she was appointed poet laureate of Illinois and worked tirelessly to bring poetry to the people through accessibility and public readings. She taught her audiences that poetry is not some formal activity closed to all but the most perceptive. Rather, it is an art form within the reach and understanding of everybody. Brooks was a prolific writer and left numerous notes in the margins of her books. The book shown here, A Pocket Book of Modern Verse, is a prime example of her penchant for writing as well as the variety of tools she employed. 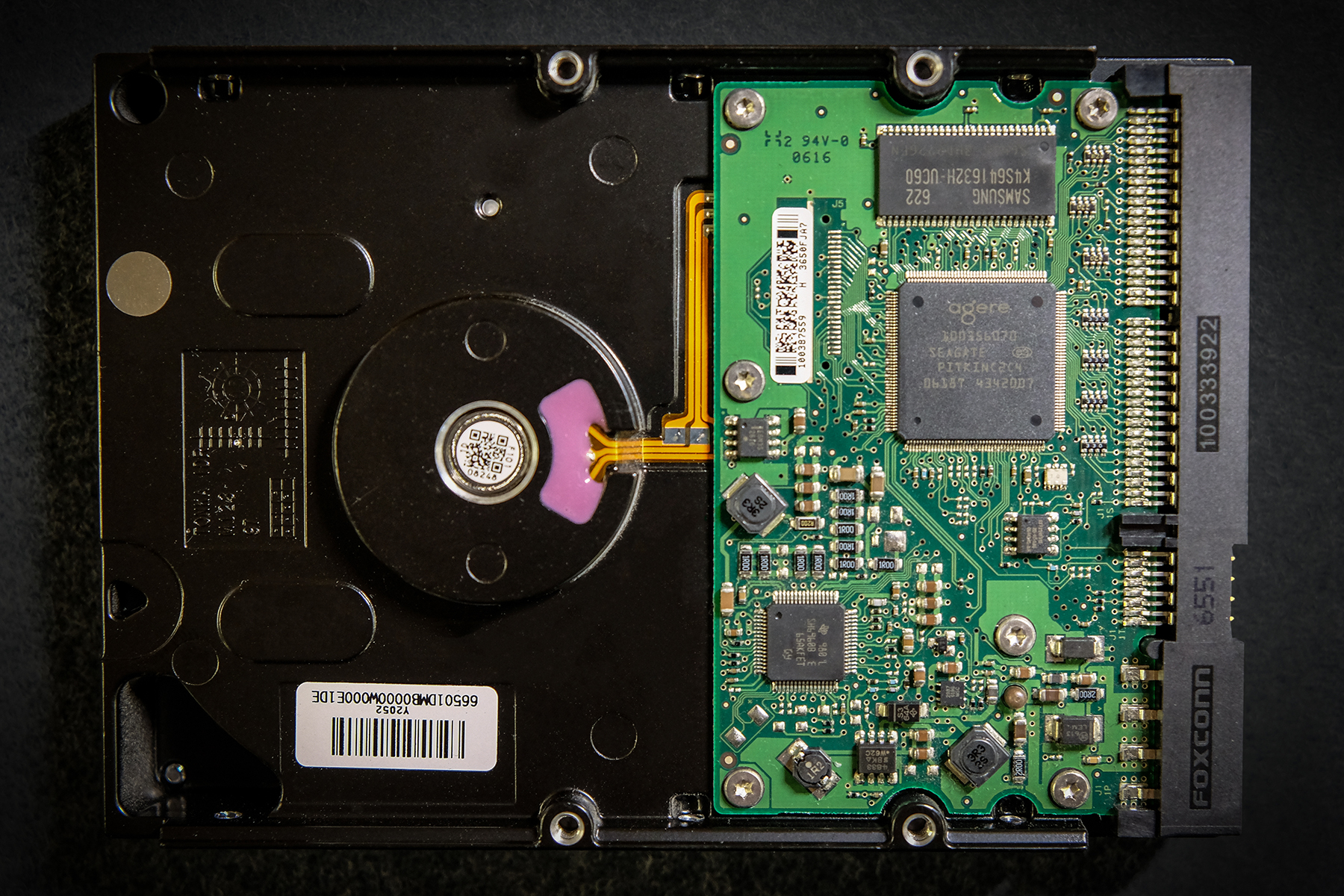 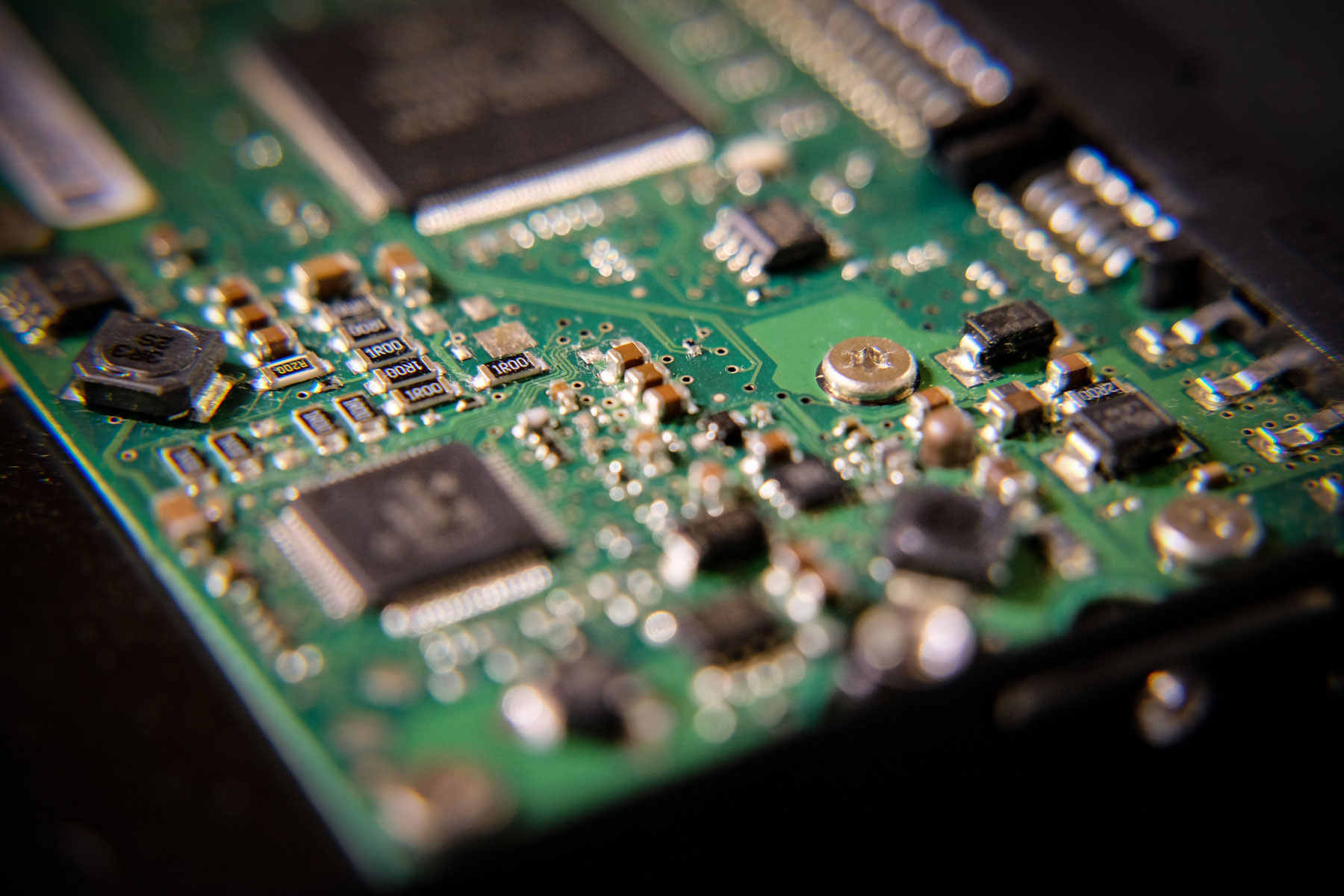 Writers use a multitude of tools to complete the writing process. For modern authors, this often takes the form of digital storage. These hard drives are from the collection of D.H. Melhem (1926-2013), an American poet, novelist, and editor. She is the author of eight books of poetry, a chapbook sequence, and more than seventy essays. Her work, Notes on 94th Street (1972; 1979) was the first poetry book written in English by an Arab American woman. 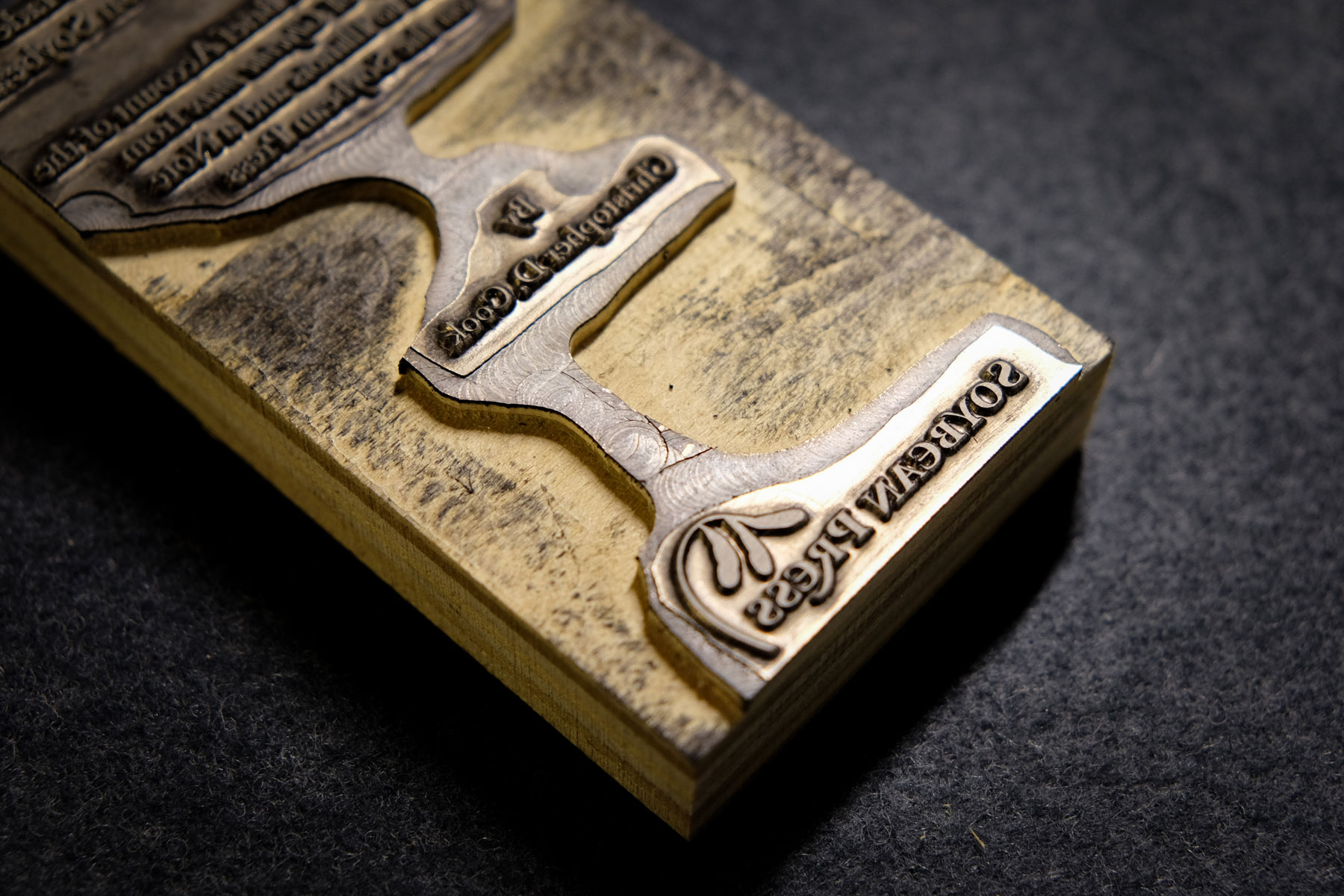 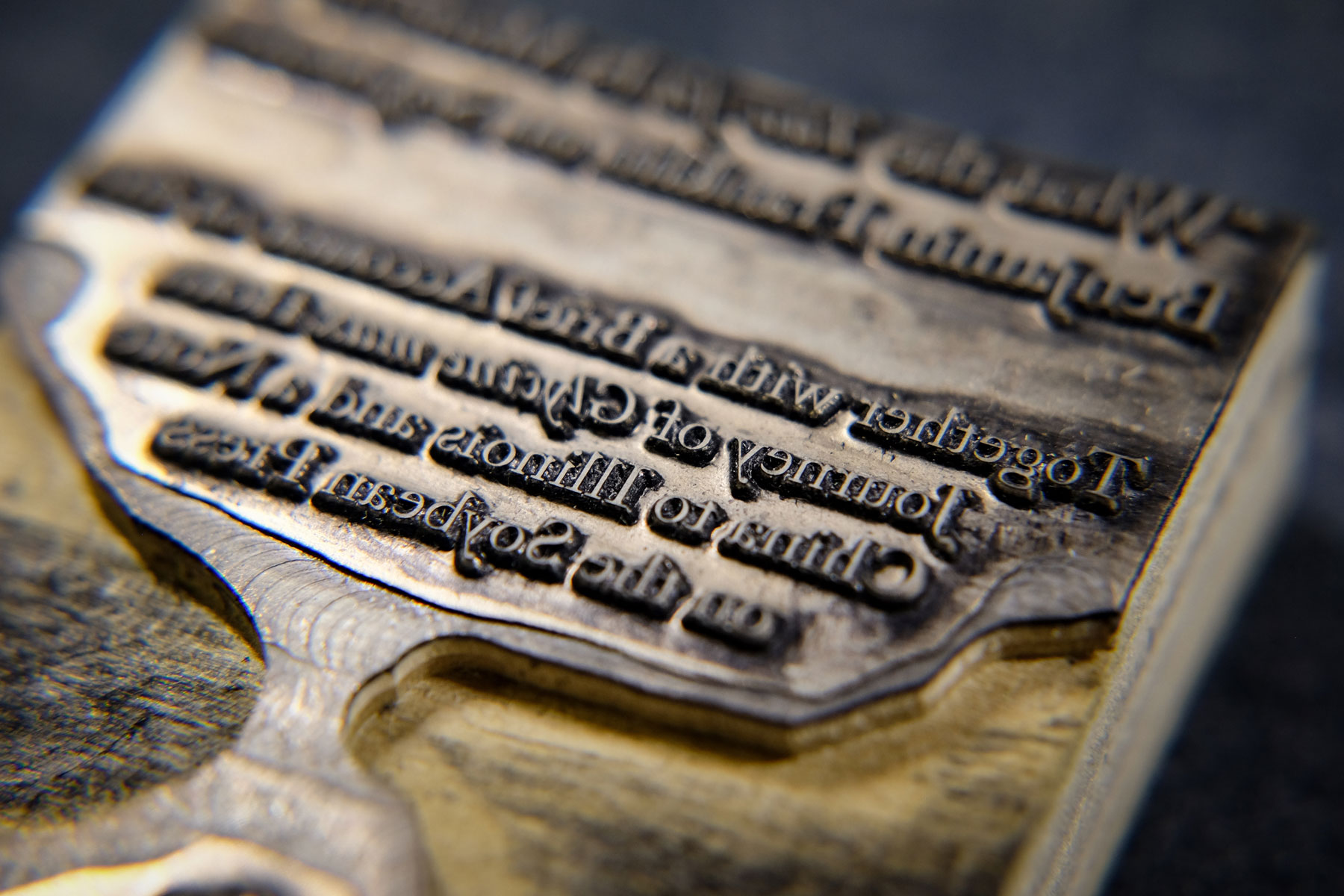 The Soybean Press was founded in 2007 and is a cooperative effort of The Rare Book & Manuscript Library, The School of Art + Design, and the iSchool at the University of Illinois Urbana-Champaign. These plates are the initial steps in producing a printed work. This zinc plate with the Soybean Press logo is mounted onto a wooden block.