Illinois researchers are among the most prolific in the country, supported by $625 million of grant funding from federal, state, and private foundations. Our campus is home to over 150 centers, laboratories, and research institutes, each bridging disciplines and pushing boundaries in service to solving the world’s most critical challenges.

For graduate students at Illinois, this means they often find themselves at the heart of the research. In labs and in the field, they explore the edge of what we know—and what is possible.

Every year graduate students are invited to submit images that capture the essence of their research. This is but a sample—for a full list of finalists and winners, visit the Graduate College on Instagram. 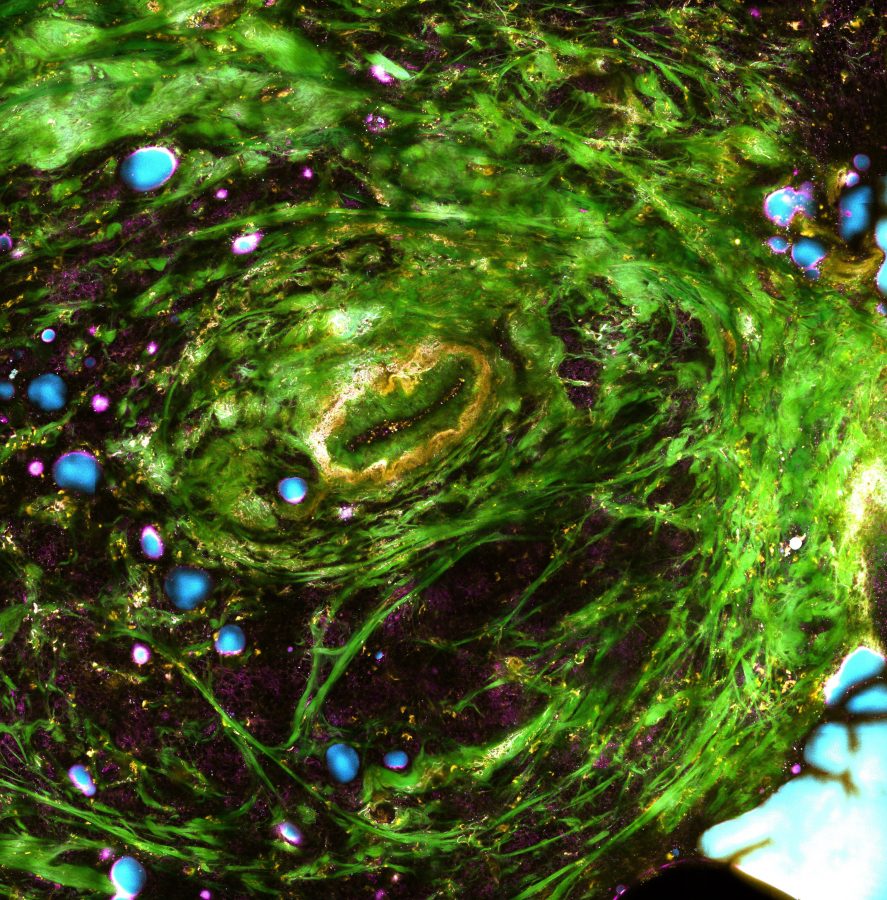 by Sixian You, Bioengineering

Standard histopathology for diagnoses and prognoses of cancer has been limited by sample treatment-induced artifacts, long turnaround time, high cost and inadequate accuracy. We aim to overcome these limitations by using stain-free nonlinear optical histopathology, which can image endogenous molecules directly from untreated, unstained fresh tissue in real time.

The long-term goal of this research project is to transform our approach and ability to detect and quantify early changes in breast cancer and establish the clinical utility of using this new image-based information for diagnosis, prognosis, and medical decision making in the treatment of breast cancer. 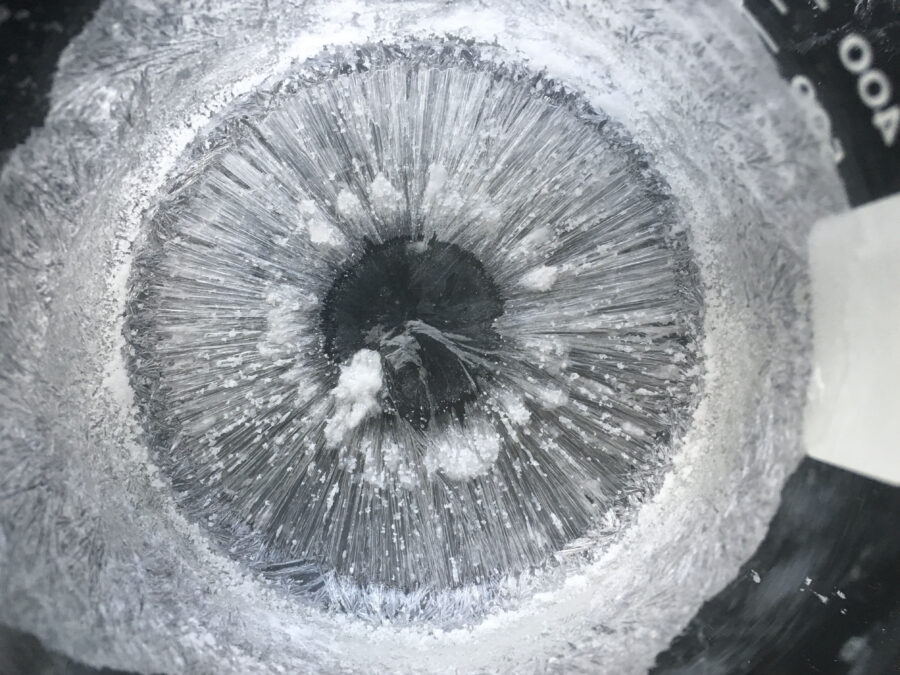 When one engages in research, we transition, from being a gatherer of knowledge, to a creator of knowledge. The process of research by its very nature pushes its explorers to question dogmas and pioneer new fields, and rewards those with a careful and observant eye. History has shown us that the greatest scientific discoveries often arise from simple observations made by diligent and curious individuals, observations that were overlooked by others blinded by expectations, predictions, and assumptions.

The above image is far from any monumental discovery, only the crystallized remains of a salty solution in a beaker left aside and forgotten. Albeit insignificant, something as simple as a disregarded beaker can still remind us to always be watching for an unexpected finding in the most unexpected of places, and that anything can give rise to little moments of beauty, but only if we are willing to look and see what science is showing us. 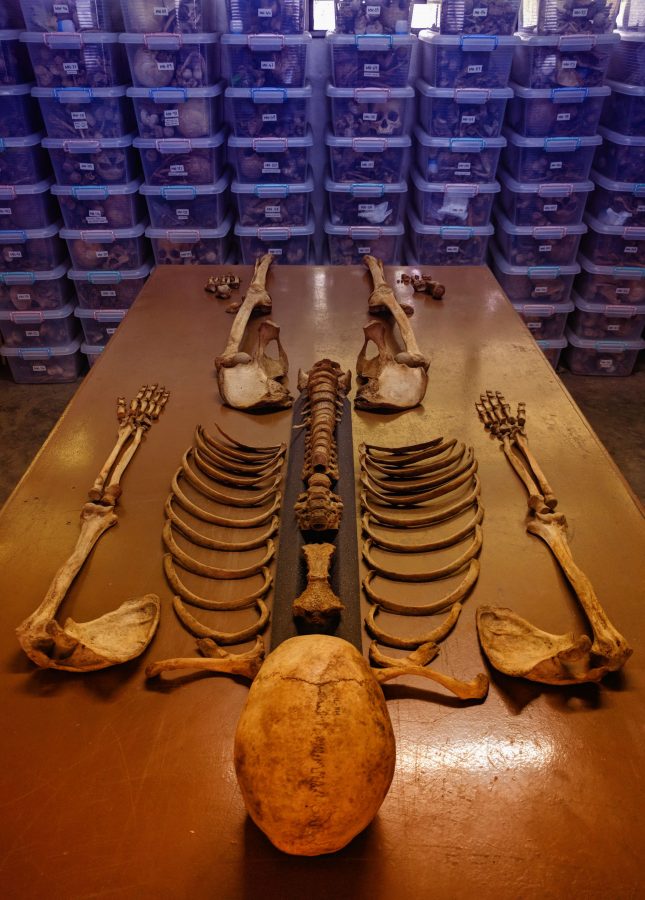 Deaths from homicides, accidents, disasters, or conflicts can result in unknown human remains that require identification before further investigation. To identify these remains, an anthropologist can piece together details about a person’s life from their bones. The accuracy of such anthropological methods depends on the diversity of available skeletal research collections, of which there are few around the world.

The majority of current methods are based on studies from skeletons of European or African descent largely reflecting American demographics prior to the 1950s. Given the wide range of global human variation, anthropologists must address the effects and limitations of method applicability on understudied groups. Filipinos are an incredibly important yet understudied demographic given their large population sizes, widespread diaspora, unique genetic histories, and the Philippines’ frequent experiences with disasters, fatalities, and hostilities both natural and manmade. My research seeks to diversify our knowledge of Filipino skeletal variation and how it can be applied to #forensic contexts.

Towards these goals, I established the first Filipino skeletal research collection in the world (pictured in the background) from which population-specific methods can be derived. The collection is accessible to scholars internationally, ensuring the production of knowledge grows beyond the limits of my dissertation. 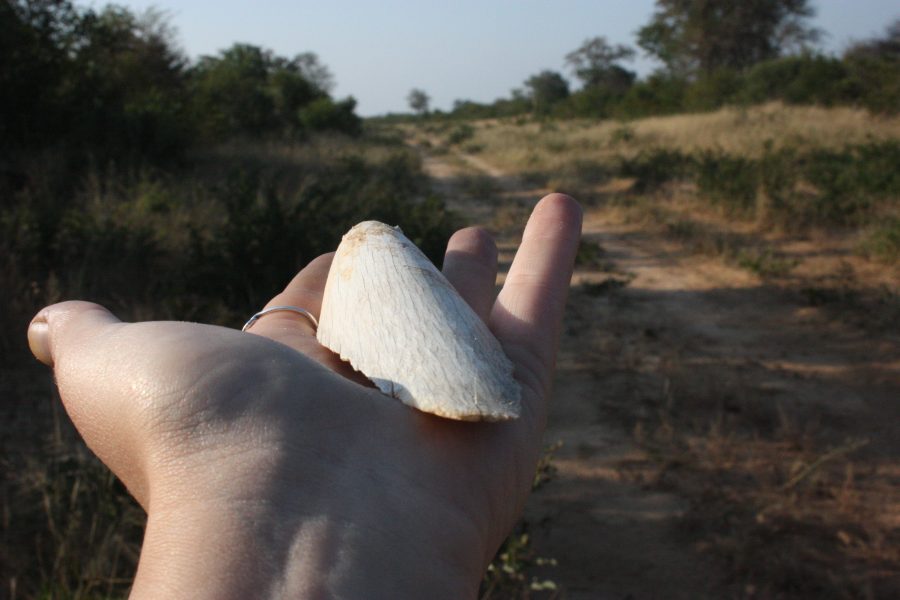 In 2017, it was estimated that there are less than a quarter of the expected number of elephants in Africa’s protected areas, yet poaching for ivory is a persisting pandemic. I picked up this piece of ivory, that had naturally chipped off the tip of an elephant tusk, while doing fieldwork in Botswana. In monetary value, I would guess that it was worth about $500, but to some the value of this piece of ivory could falsely mean life or death.

Luckily, it seems that the use of ivory for medicinal and recreational purposes has become less popular as more countries ban the use and trade of ivory. My PhD research focuses on finding long term conservation solutions for elephants in southern Africa. I use genetic and ecological methods in an integrative way to find conservation strategies that could hopefully assuage some the negative consequences of poaching. After photographing this piece of ivory, I threw it as far back into the bush as I could, nobody in this world needs an elephant tusk but an elephant. 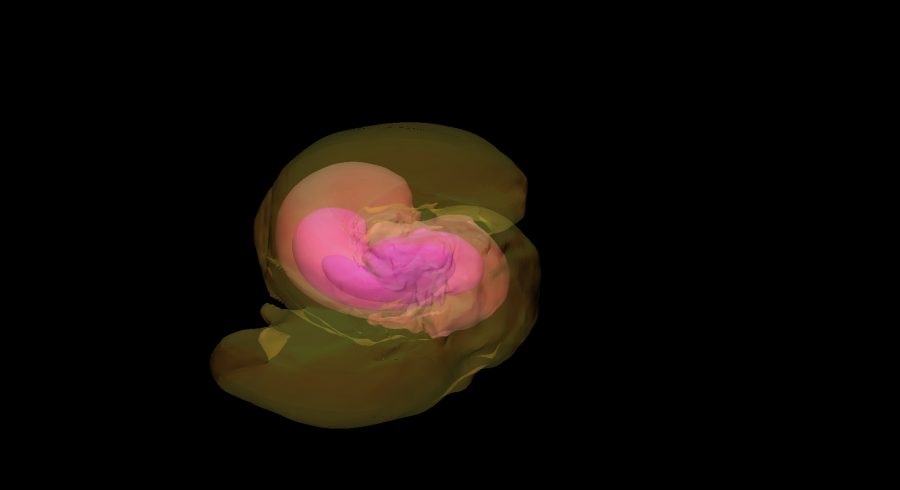 Neutron stars are the smallest, densest stars known to exist. A neutron star is about 20 kilometers in diameter and is so dense that a teaspoon of neutron star material has a mass of about a billion tons. They are formed when massive stars explode in supernovas. It is believed that neutron star collisions may be the source of most of the gold in the universe and the progenitors of gamma ray bursts—the most powerful electromagnetic explosions in the Universe after the Big Bang.

On August 17, 2017 the LIGO and Virgo detectors detected the collision of two neutron stars (GW170817). As these neutron stars spiraled together, they emitted gravitational waves that were detectable for about 100 seconds by the LIGO and Virgo detectors. When they collided, a flash of gamma rays was emitted and observed on Earth about two seconds after the gravitational waves. In the days and weeks that followed, other forms of light—including X-ray, ultraviolet, optical, infrared, and radio waves—were detected.

Using the open source, numerical relativity software, the Einstein Toolkit, I numerically modeled the collision of two neutron stars that represent GW170817. This image depicts a still frame of that simulation. 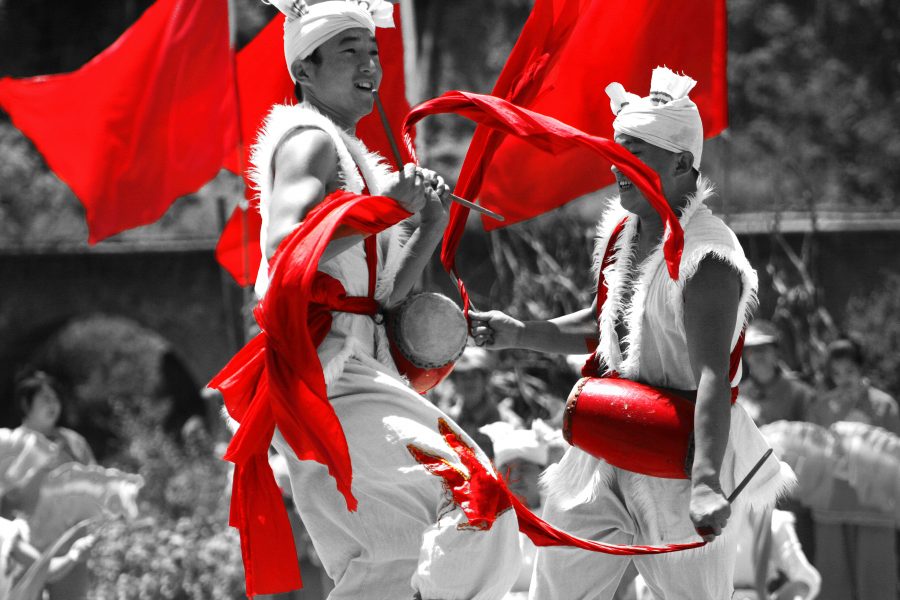 The Legacy of Red

Ansai waist drummers perform at a Red Tourism site a few miles north of Yan’an city, China. RedTourism (hongse luyou) refers to tourism of the People’s Republic of China in which people visit tourist spots with historical significance to either the Communist Party of China (CPC) or the Chinese revolution. My dissertation entitled, “Red Tourism in China: Propaganda, Space, Commodification,” examines a kind of oxymoronicality of Red Tourism. Specifically, Red Tourism is a yoking together of two extraordinarily powerful drivers in the cultural language surrounding China. On the one hand, “Red” is associated with ideology, discipline, and loyalty combined with a history of authentic struggle and liberation. On the other hand, tourism designates an ongoing process of capitalization. “The Legacy of Red” epitomizes this cultural imagination of contemporary China with two most salient colors, red and black & white. 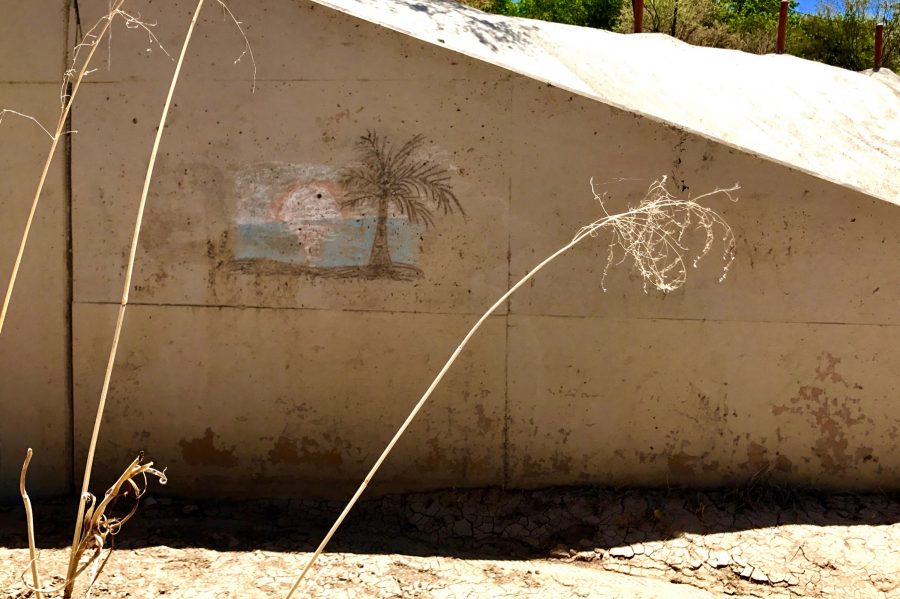 An image of research may take a variety of visual subjects. As a sociologist, my subjects are people. However, even in an image without them, something about society can be learned. This image was taken from a canal bed during my fieldwork on water management in the American Southwest. On the one hand, the image shows a physical reality-arid land with no water. However, the foreground of cracked earth and dead branches frames another reality-the human imagination.

The drawing was made by kids who had never seen a river flow. When there is surplus, water flows freely in the canal and school programs come to see it. They conduct basic water quality tests with the help of local water agencies. The drawing is a mix of what they saw, and what they hoped it could be-a living river ecosystem. As I continue my research, I keep coming back to this image. The drawing is reminiscent of a petroglyph in many ways. I think of water scarcity and its effects. I recall the cracked earth and concrete. “There is no coming back from what we have done,” my informant explained, “but we’ll have a flowing stream one day.” 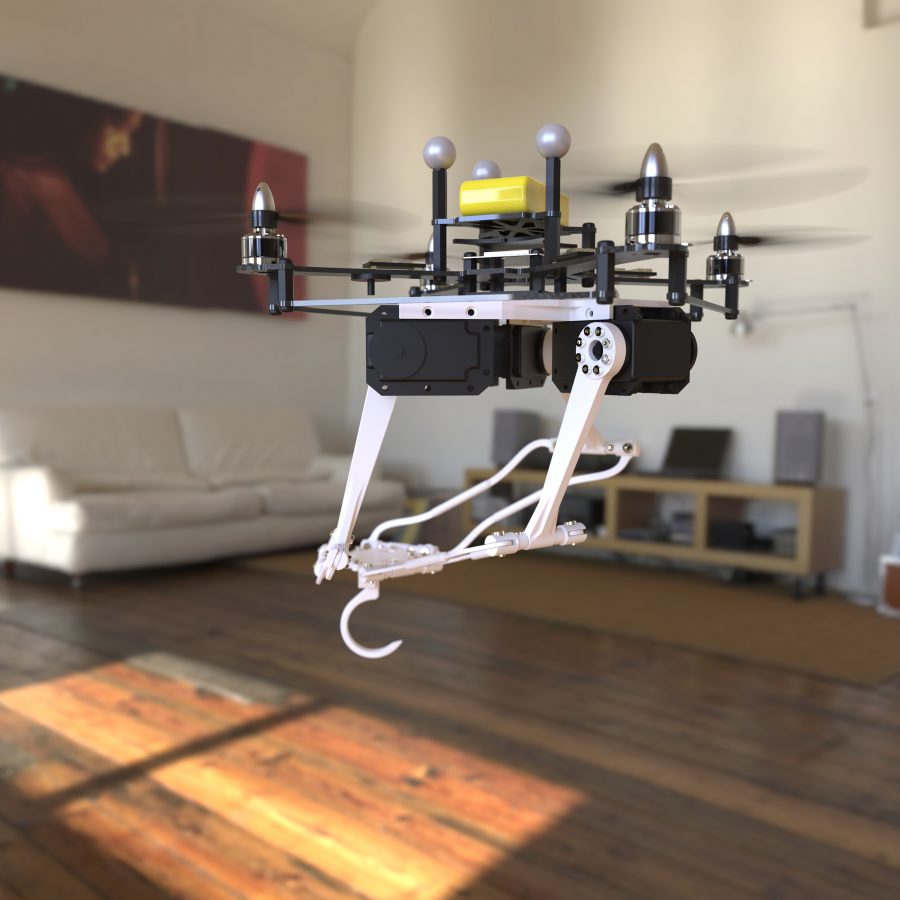 The Future of Assistive Co-robots

We explore flying robots that are consistent with principles of human spatial perception and foster a high level of comfort. These robots are the foundation of what will be the future of home and urban automation services. The pose questions such as: how safe are these robots? How comfortable to humans feel in their vicinity? How can we, as engineers, improve quality of life with modern robotics? We use techniques from various fields in an interdisciplinary research to answer these questions. Depicted here is an artistic rendition of one of the prototype small flying robots for tight spaces which can perform pick and place tasks intelligently and robustly. Flight tests are underway. 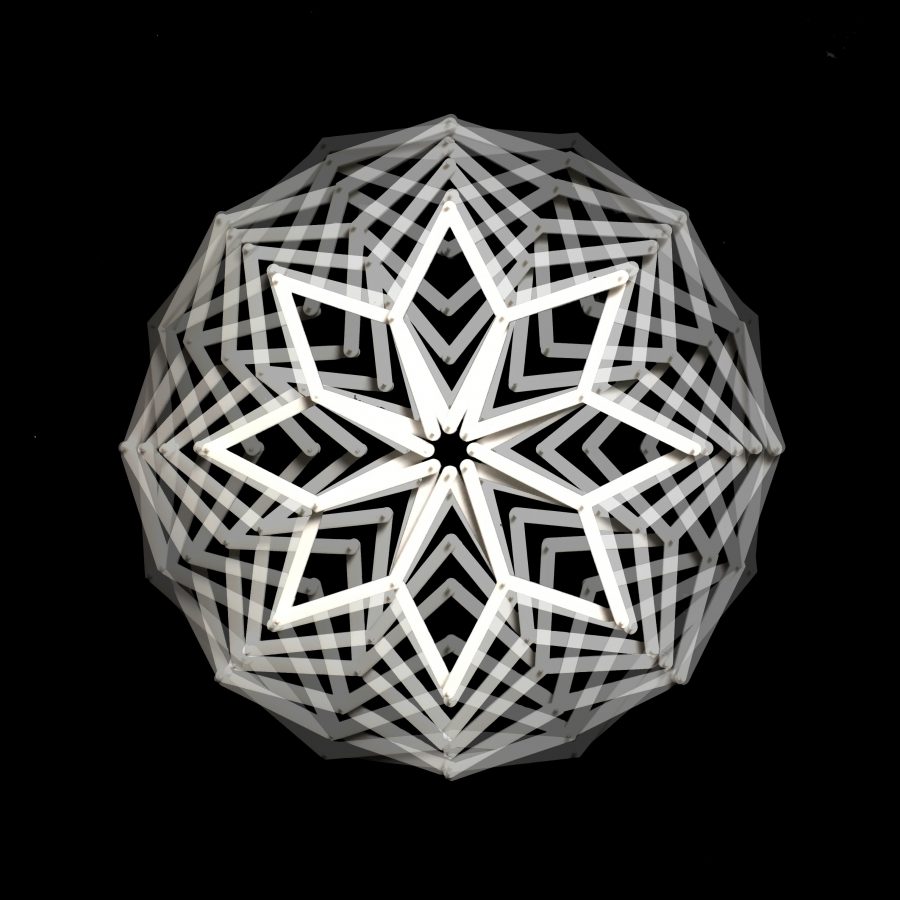 As an architecture student, I am trained to think about structures made of concrete, steel and wood. The structures I designed were typically static, i.e. motionless, until I came across a whole new world of kinetic structures. I learned that almost any form can be given mobility and deployed by calculating its geometry accurately and by strategically selecting the joints to allow rotation.

As the first exercise in my graduate Structures course, I was asked to design an eight-sided expandable ring using scissor type units. The image shows the radial deployment and kinematic trajectory of the ring from the top view. It captures the intermediate position of the members and joints during motion. During radial motion, the position of the joints become more difficult to predict. This is called position analysis which is the fundamental step to more advanced mobility analysis of deployable structures. This project triggered my interest to researching about more complex deployable forms and thinking of how to apply them to the design of buildings.

I am currently working on the design of emergency shelters using this kind of structures, which are light-weight, transportable and are rapidly deployable.

The Art of Research 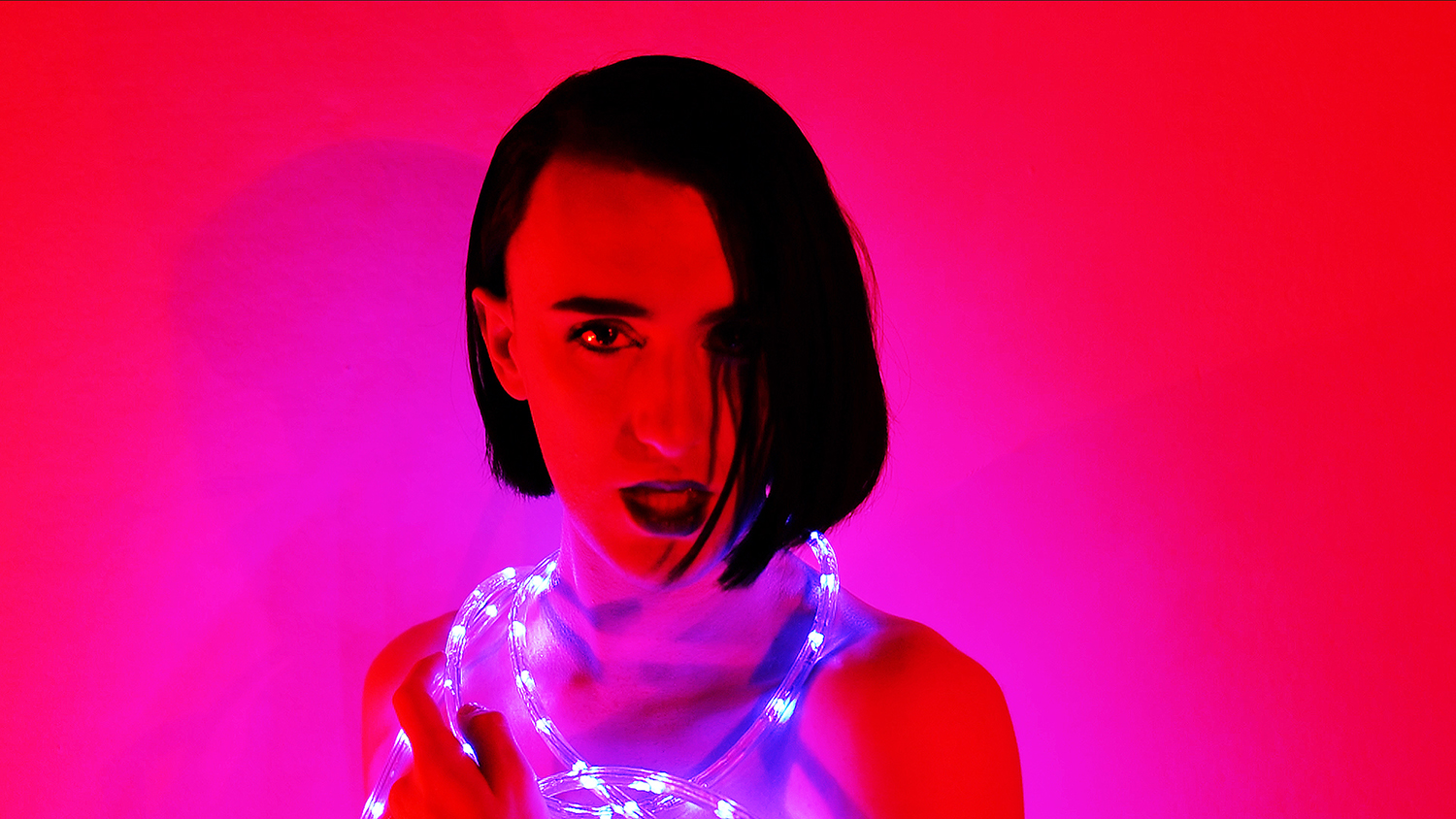 Gene and the honey bee 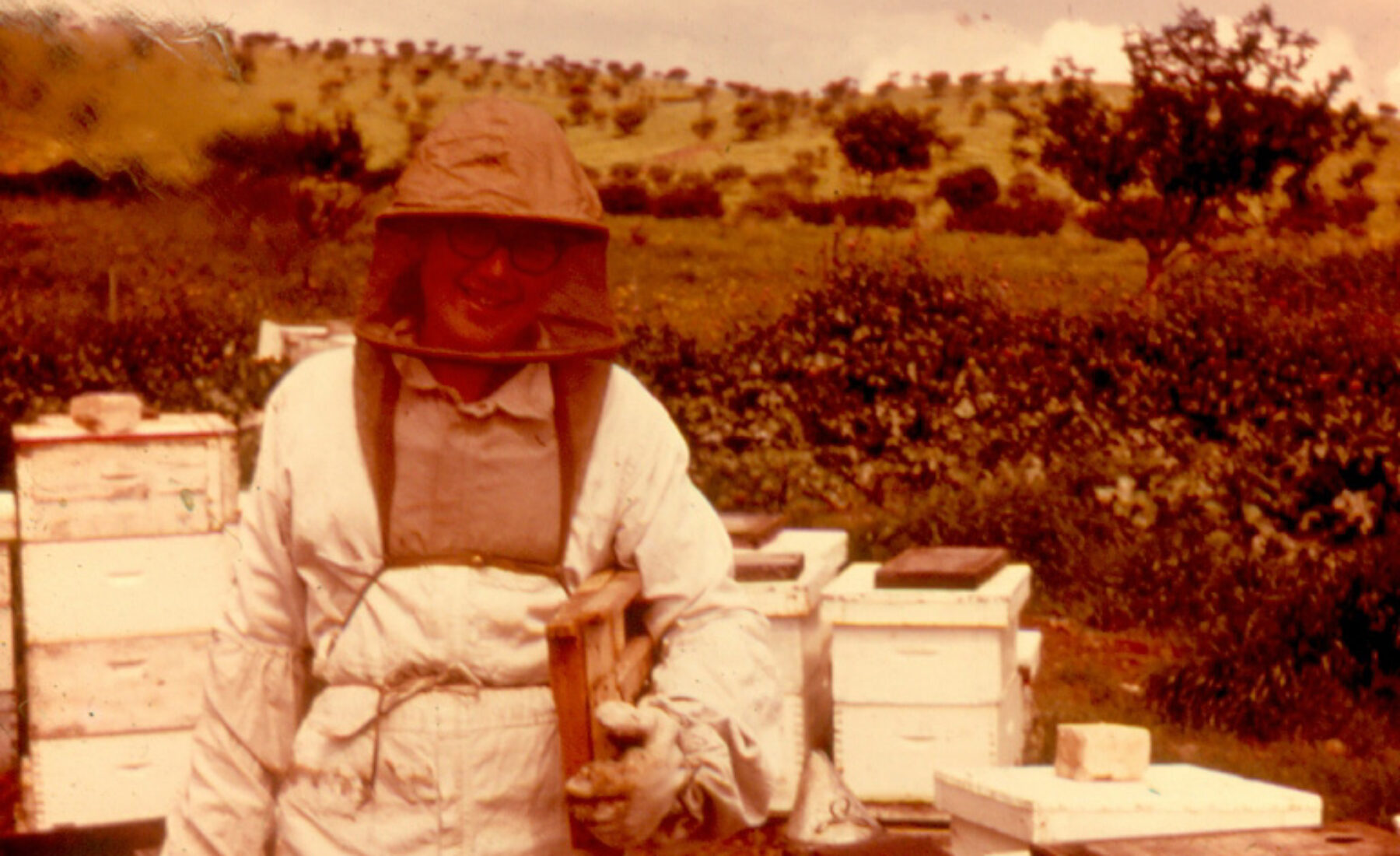