At the time you entered Illinois, many art schools didn’t yet give digital art its fair due. How did the culture at Illinois help shape you both as a person and as an artist?

I was really excited to learn U of I was one of the few schools to recognize the value in digital art. This was the late 1990s and other schools didn’t consider my digital work to be art, but when I talked to Illinois recruiters their eyes lit up at my portfolio. I always knew I wanted to go into art, specifically graphic design, but it wasn’t until I was at Illinois that I truly understood the caliber of their program. After my freshman year, it was thrilling to be accepted into the competitive graphic design program— it ranks as one of the major milestones in my life.

Illinois gave me the support I needed to feel confident in my skills, so much so that I have never second-guessed making design my career. I formed lifelong bonds with other students, and some professors that most intimidated me later became my mentors. Illinois is where I began to open up socially. I was always a reserved kid, but I found my voice at U of I. I think it says a lot that twenty years later, I’m still good friends with many of the people I went to school with—I even met Nicole (EDU ’02), my wife, there. U of I gave me the foundation I needed, both personally and professionally, to go out into the world and be successful.

Earlier in your career, you worked for WXRT. What was it like to work for such an iconic radio station in Chicago?

Working at XRT was like a dream come true. I can remember a professor asking me about my dream job. My answer was “a designer for a record label.” This job was that times ten. It was equal parts work and play. I soon became friends with radio personalities that I had grown up listening to.

One of the best aspects was that I was able to craft my own position over time. I was hired as XRT’s webmaster, but we soon realized that my background in art and design could be applied in so many more ways. I started to take on more design projects for the station including their album series, ONXRT Live from the Archives.

I realized that we weren’t taking advantage of the access we had to a lot of concerts, so I started to request photo passes. The photos were great content for the website—and I had amazing access to some shows! The first band I photographed was U2 at Soldier Field. No pressure! That blossomed into photographing festivals including seven years of Lollapalooza, four years of Bonnaroo, as well as Austin City Limits. I photographed so many bands: Pearl Jam, My Morning Jacket, Mumford and Sons, Green Day, Red Hot Chili Peppers, Dave Matthews, Flaming Lips, Foo Fighters, Tom Petty, and LCD Soundsystem among them.

XRT produced intimate shows called Live From Studio X. Being a concert poster collector, I decided to pitch the idea of designing posters for these shows. The idea was met with some hesitation at first, but it was pretty evident from the start that this was going to be a hit with everyone including employees, our listeners, and even the bands. The first poster that I designed and hand-printed was for Amos Lee, who hired me on the spot to design his tour poster. It was great connecting with the bands through my art and it was so rewarding when they understood the concepts behind it.

Even though I left XRT five years ago to start 12 Line, I continue to work with them on their Live from the Archives projects and remain good friends with everyone. It was an amazing experience to work for such an iconic Chicago brand.

A large part of 12 Line Studio is working with companies to provide brand and packaging strategy. Some of those companies are even run by Illinois grads. What is it like to work with Illinois grads?

I really love the strategy component of all of my projects. Designing something to look good is one thing, designing something that works well is another. Taylor Street Soap Co was one of my first clients when starting 12 Line. Owner Rachel Wiandt (ACES ’05) was making amazing products out of her basement, but the packaging just didn’t do them justice. We worked together to create a clean and approachable packaging system that would allow her to grow into new product lines. The response to the brand redesign has been amazing. I work closely with Kaspar Law Co. Scott Kaspar (ENGINEERING ’99; LAW ’03) and I were fraternity brothers. He has supported and encouraged me and my career over the years. He commissioned us to develop the brand identity for his law firm, which specializes in intellectual property law. We created something that I think really speaks to Scott and his personality.

It’s also a blast to collaborate with fellow U of I design graduates. Todd Lauer (FAA ’00) is the VP of Brand & Creative for LendingTree and we were in the same design class. I jump on any opportunity to work with Todd, and we have tackled everything from custom illustration, hand-lettering, mural design, and even some time-lapsed chalkboard artwork for their advertising. He is one of the wittiest people I know and has helped shape LendingTree’s creative into a powerhouse.

Another graduate of the program that I love working with is Jon Jennings (FAA ’00). Jon and I were also in the same fraternity and when we weren’t at class we were critiquing each other’s work at the house. We formed a special bond over design. We’ve collaborated together on design projects for Evol Foods, Earth Balance, and Pact, an organic clothing company in Boulder, Colorado.

There is something special about working with people who understand the value of design and are willing to invest in it. I value working with all of these people. They have helped me grow both personally and professionally.

You run your business out of 2112, Chicago’s first incubator that is focused on entrepreneurs in the music, film, tech, and creative industries. What is it like to work in that space?

Working at 2112 has been great. Everyone who works here understands and appreciates the creative mindset. People are passionate about their projects and that energy is infectious. Seeing other people working hard makes you want to work even harder. I recently worked with fellow 2112 tenant Brandon Mojica (AHS ’10) on branding for his new venture, Game Night Out, a kind of escape room but with games. I have found some new clients, but more importantly, some great friends through the space.

Can you talk about how Chicago inspires you?

Chicago is great town for inspiration. I love our food scene and the restaurants we have. It feels like there is always a new place popping up that takes food to new levels. I love the creativity that is being introduced to menus—there is something amazing, similar to design, when a chef has mastered the basics.

I’m also hugely inspired by the music scene. I love live music and while I don’t go to as many shows as I did when I worked at XRT, I still look forward to any opportunity to go to a good show at venues large and small.

And, of course, the people are extremely inspiring. I love the diversity this city has to offer in its people and cultures. I truly believe there is always something to be learned when you are open minded and accepting of others.

What are your favorite places in the city?

I’m a huge Blackhawks fans so you will see me at the United Center as much as possible during the hockey season. I love the energy that surrounds the team. One of my favorite restaurants is Forno Rosso. It is a great Neopolitan style pizza joint that reminds me of my time spent studying in Florence, Italy.

I would say however that a place that is most special to me is the Ferris wheel at Navy Pier. Nicole and I became engaged under the wheel six years ago. We also were on the Ferris wheel when we opened the letter for the gender reveal of our son. I know it is a tourist destination, but it holds a special place in my heart because it is the place where my life as a family man began. 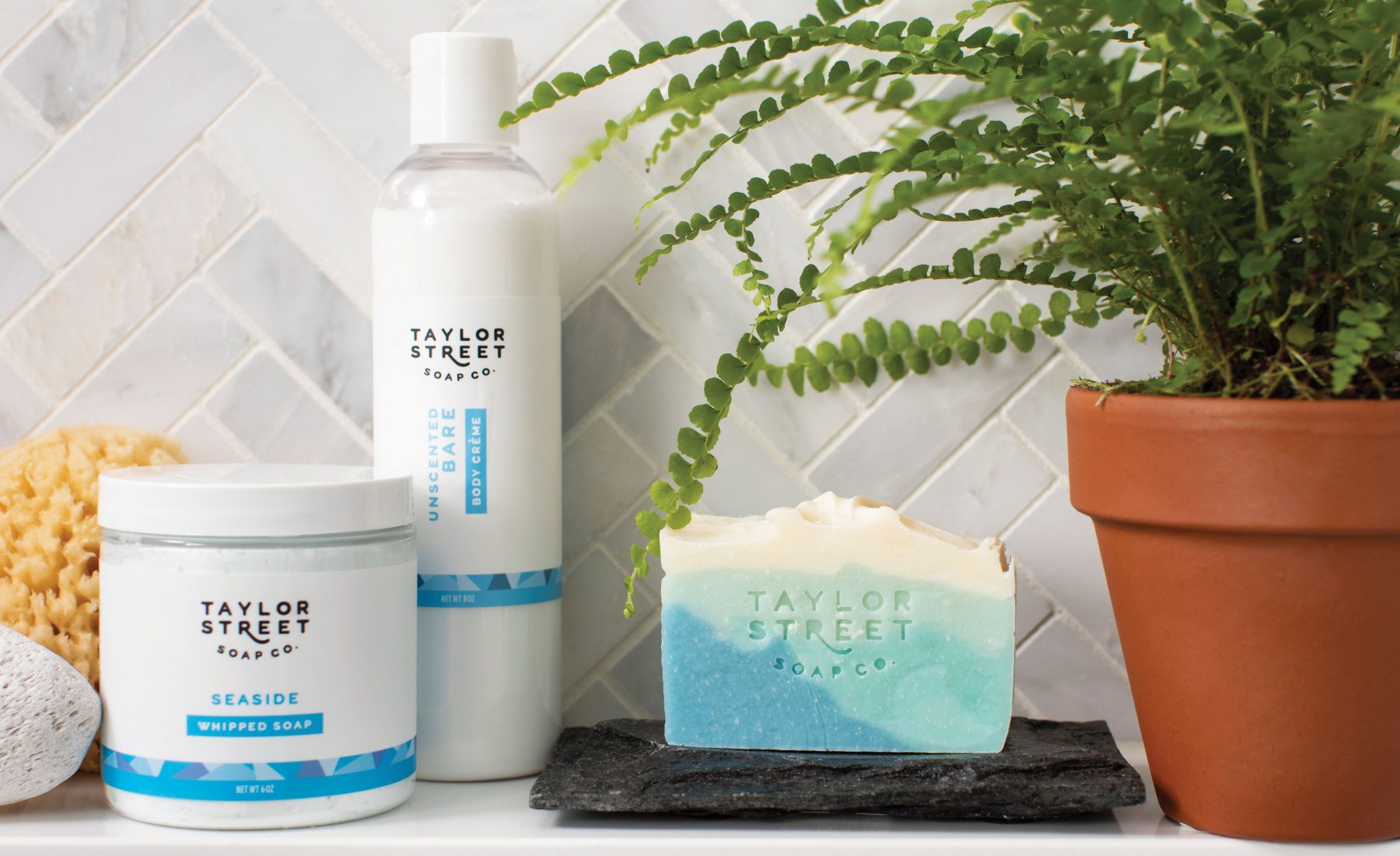 It is a beautiful Sunday afternoon in the city. Where will we find you and your family?

Well, we now are proud parents of a 2-year-old boy named Brody. He has changed our lives in so many positive ways. Since I work so much during the week I really enjoy activities that involve the whole family on the weekends. We do spend many of our weekends at a family cottage in South Haven, Michigan, but if we are in Chicago we are exploring the city through the eyes of a two-year-old or enjoying time with friends with whom we never seem to have enough time to catch up.

Part of your mission at 12 Line Studio is to do projects that give back to the community. Why is philanthropy important to your work?

I love to tie in a charitable component to our work whenever possible. I was raised in a household where it was important to help those less fortunate and in need of a hand. There is something extremely rewarding about being able to help out. I’m not doing it for recognition; my nature has always been to put others before myself. I feel extremely fortunate to be able to do so.