In this installment of Curiosities, we looked at games. Some are relics from a bygone era, while one, pardon the pun, is still in operation. These games invited players to test their fine motor skills, weigh moral decisions, and even dabble in the clairvoyant, all in the name of fun. 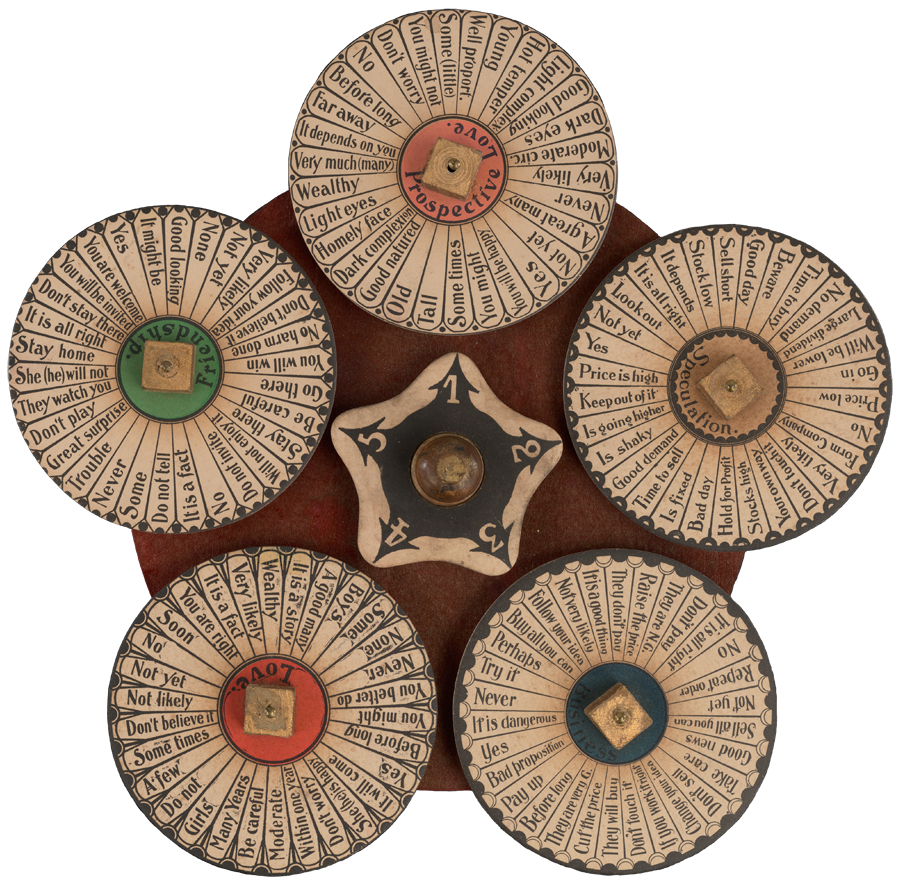 For the impatient—or just curious—in 1899, the Peoples Fortune Teller and a Selection of the Most Popular and New Games arrived just in time. Americans no longer had to wait to see how their love, prospective love, speculation, business, or friendships would unfold. Spin the paper wheels affixed to a wooden platform, and voila! Your future is revealed.

When you tire of discovering all that lays ahead in your life, why not try your hand at poker or dominoes? Or for more intellectual pursuits, The Game of Letter and Spelling or The Game of Mum, which involves a lot of adding or subtracting.

While the pursuit of “fortune-telling” has occurred over many millennia worldwide, information about this particular five games-in-one version has been hard to find. Search the internet, and you’ll find something similar, but not this exact one.

A couple of years ago, the Rare Books and Manuscript Library created a facsimile and brought it to a game night at the Undergraduate Library. Everyone involved had a predictably great time. 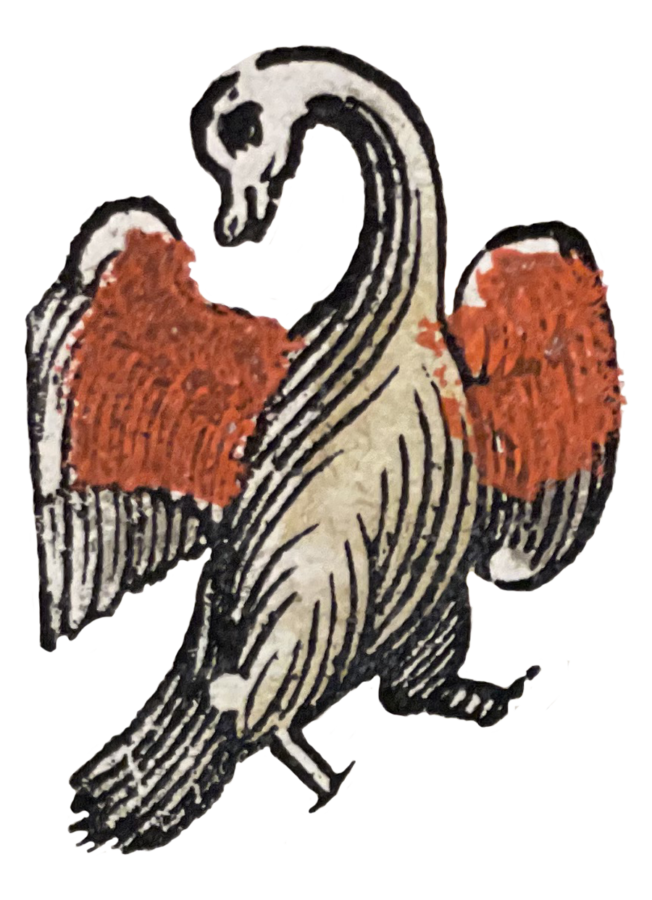 Considered the first game to be produced commercially, The Game of the Goose likely dates back to the sixteenth century Italy, where scholars first find it recorded.

A simple racing game, players roll dice to try to be the first to arrive at square 63. As they travel through the spiral board, players are delayed by obstacles such as falling into a well or being put in prison. The Death space sends the player right back to the beginning. Landing on a goose sends the player forward by doubling the number rolled.

The concept of the game is simple, and it proved to be extremely popular. Over the last four centuries, there have been thousands of variations of the game, with creators producing elaborately illustrated boards.

The Rare Book and Manuscript Library holds a number of versions of the game. Two of these include an Italian board from 1640 called, Il Dilettevole Gioco di Loca, which translates to The Pleasant Game of the Goose and the French Nouveau Jeu des Costumes des Dames Françaises which celebrates women’s fashion, published around 1810.

The game was primarily popular in Western Europe, and never really took off in America. The one American variation that enjoyed some success was The Mansion of Happiness, first published in 1800. This version was considered a game of “moral improvement” where the player is rewarded by landing on virtues and punished by landing on vices. The version of the game in our collection dates to around 1866 and was published in Salem, Massachusetts.

A prone white man with a bulbous red nose was the ailing patient in this game of skill. Cavity Sam, as he was called, arrived on the operating table in 1965 with an assortment of quirky conditions. Pre-cut electrically charged openings contained plastic pieces like “wish bone” or “butterflies in stomach” or “Charlie horse.” Touch the metal side with tiny metal tweezers while trying to receive a piece, and you’d set off the buzzer, promptly ending your turn.

John Spinello (FAA ’65) could have never predicted in 1962 when he made the prototype as a sophomore for a class project that the game would have endured all these years. At the time, he promptly sold it to a company for $500 and the promise of a job after he graduated. The sale went through, but the job never happened. Today, Hasbro owns the patent, and unfortunately, Spinello never saw any of the profits.

Over the next fifty-six years, Operation has sold over 40 million copies and spawned countless Operation-inspired games like Operation Minions, Operation Toy Story 3, Pet Scan, and even Botched Operation for adults.

Dextrous children with steady hands excelled at this game. Some even credited it in a recent documentary for their interest in pursuing medicine as a career.