Building a legacy of support – Storied.
Skip to content

Dr. Allan Mueller (BS ’45, MS ’47, PhD ’55) is almost 94 now. You’ll often find him in his beloved Kennedy Rocker, the one he built himself of cherry wood he got from a farm in Rock Island County.  He sits in the living room of the home he built in 1951, and in front of him on a short table sits a photograph of his beloved Gloria, who passed away just shy of their 65th wedding anniversary.

Dr. Mueller came to campus as an undergraduate in 1941 and quickly made a home at Illinois. In his 75 years here Dr. Mueller has been a student, professor, advisor, friend, and mentor. Gloria also graduated from Illinois with a degree in languages and immersed herself in the community as an active volunteer.

In an act of paying their love of Illinois forward, Dr. Mueller and Gloria established the Allan G. and Gloria F. Mueller Farm Business Management Scholarship Fund to support students in the Department of Agricultural and Consumer Economics. Over 70 students have benefited from their generosity since they established the fund in 2006.

In addition to forming their named scholarship, the Muellers supported other organizations and scholarships on campus, including a named library in an agricultural fraternity house and a scholarship created in honor of six classmates who lost their lives in World War II.

Dr. Mueller taught courses in agricultural economics, including a very popular advanced farm management course, which he taught both on campus and as part of the university’s extramural teaching program until he retired in 1984. He was awarded the first excellence in teaching award for that program.

“I enjoyed my teaching tremendously and I loved the association with the students. I still keep in touch with some of my advisees; some of them went on to manage farms professionally, some became lawyers, department heads, and worked in banks,” he said.

The Muellers made a point to meet each of their scholarship recipients, often taking them to dinner or out to coffee. More recently, Allan meets his students over Facetime, his shining smile reaching out over the screen.

Charles Mayfield (BS ’17) received the Mueller Scholarship and has returned to his family farm as a grain producer.

“It was a neat experience getting to speak with Dr. Mueller,” said Mayfield. “We found common interests with one another and I could see the wealth of knowledge he has. This made the scholarship mean even more to me, getting to know who my donor was.”

Recipient Shelby Wendling (BS ’17) agrees. “Receiving this scholarship means a lot to me. I have always worked hard at my studies and to have someone like Dr. Mueller recognize my accomplishments and help me further my education really means a lot. Actually getting to thank Dr. Mueller personally really made this scholarship even more special. Hearing his life journey and why he put together the scholarship gave this award a very personal touch,” she said. 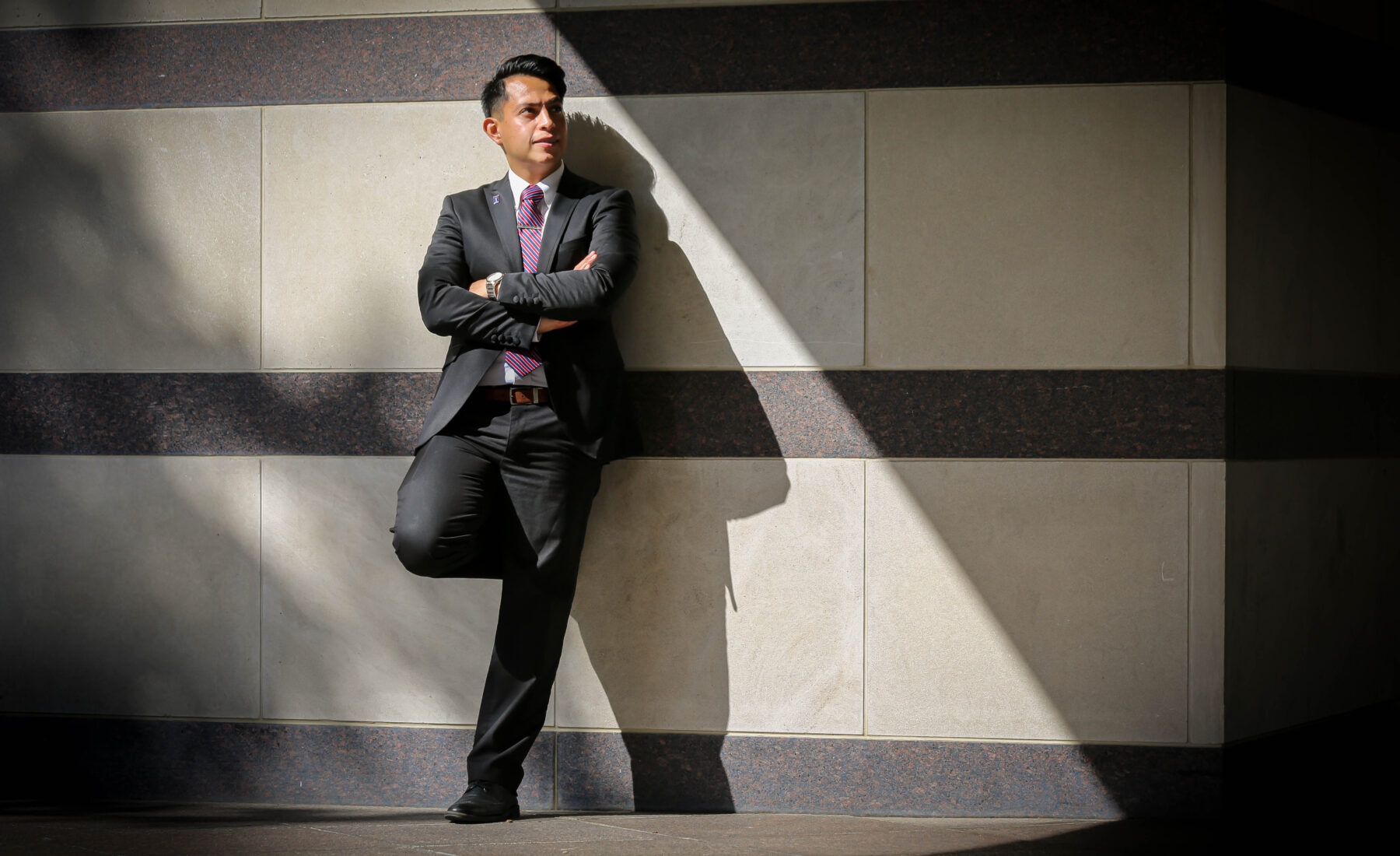