It’s still his favorite spot and one he used to meet friends at after class more than four decades ago when he was a student.

Of course, the bench—which is really a remnant of the Walker Warehouse in Chicago—has a rich history.

“It’s an architectural salvage piece that has always been intriguing to me,” Craig says. “It was done by Adler & Sullivan in Chicago. When they tore down the building to make way for the Wacker Drive extension, some alums helped us get it here on campus. It has an interesting architectural history.”

An architect by trade (he received his Illinois degrees in 1979 and 1982), he left the private sector to work at the university as the campus historic preservation officer. When he’s not managing projects to ensure the university is compliant with the National Historic Preservation Act, he’s responding to inquiries like the one from a granddaughter of a contractor on the Mumford House or a woman whose great uncle carved one of the statues at Memorial Stadium. And of course, he’s the go-to person whenever a newly unearthed time capsule is discovered. (He thinks there are at least twenty or thirty still buried around campus.) Craig happily descends into the research “rabbit hole,” as he calls it, always looking for more information to share.

And Craig insists, we have plenty to talk about.

“We talk about being a world-class university regularly, and I find myself having to remind folks that while we have important research and academic discoveries happening on this campus, it also means we hire world-class architects who do great buildings on our campus and who do great things elsewhere as well.” 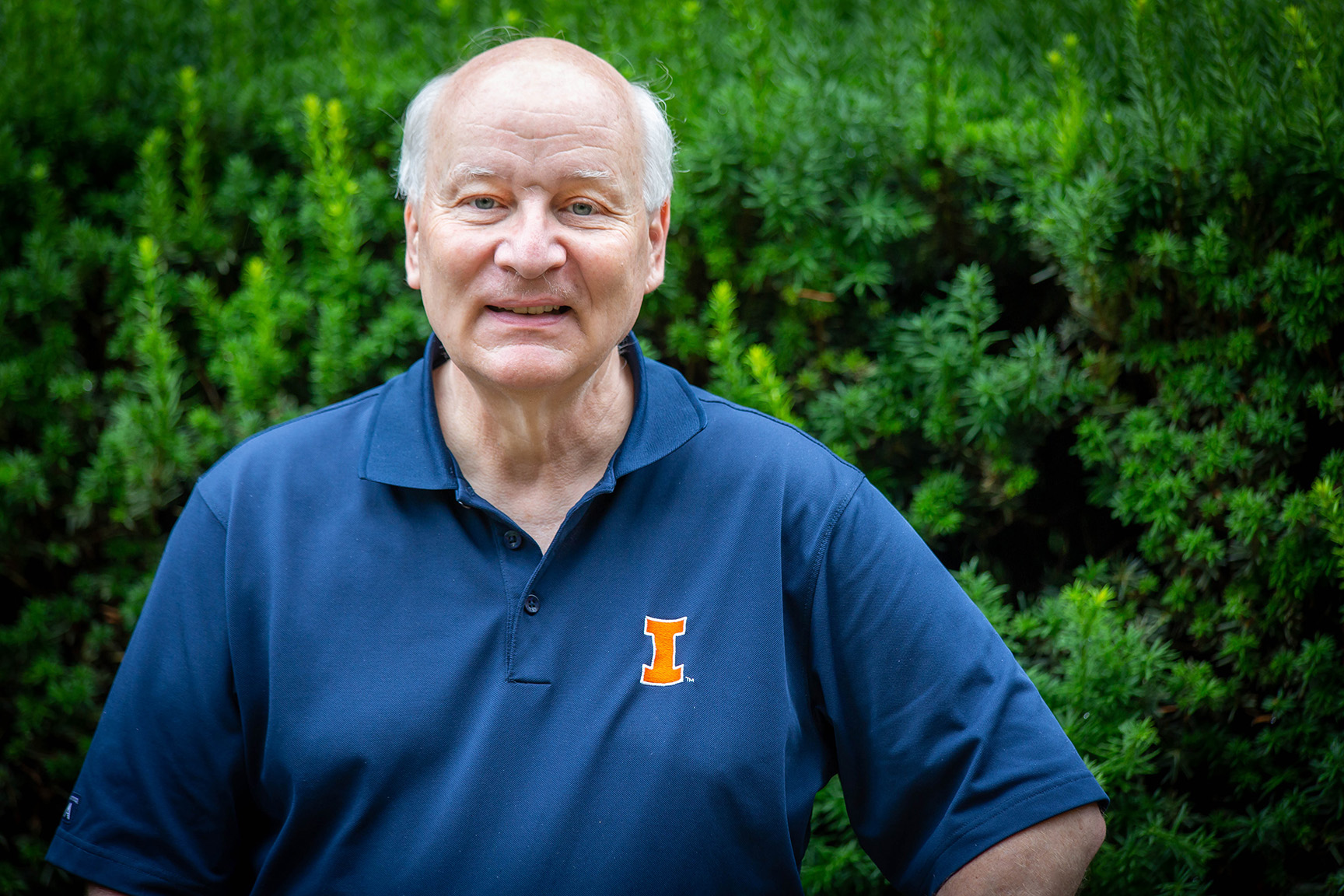 “We have a lot of interesting architecture with interesting stories,” Craig says. “I think my favorite part is the digging and looking for things to continue to tell the story of the campus.”

We wanted to get to know Dennis Craig a little better, so we’ve asked him to answer an abbreviated version of the Proust Questionnaire for STORIED. Once a popular Victorian parlor game made famous by Marcel Proust, the Proust Questionnaire has been used by reporters over the century and across the globe to reveal a side of leaders, artists, actors, and public figures we may not usually see. You might recognize the format from the back page of Vanity Fair, which has had celebrities answer the questions since 1993.

What is your idea of perfect happiness?

Sitting in a boat on a lake on a sunny day with a gentle breeze.

What is your idea of misery?

Being stuck inside on a dreary, rainy day.

To be a talented musician.

What is the quality you admire most in a person?

Who are your heroes in real life?

Who are your heroes throughout history?

What is your most treasured possession?

A ring with a diamond from my grandmother’s anniversary ring.

What is your motto?

Do good and help anyone in any possible way. Maya Angelou said, “Try to be a rainbow in someone’s cloud.” That’s what I try to do in all things.

Seeing others use and benefit from a building I’ve worked on.

Which words or phrases do you most overuse?

Being on the Bronze Tablet at the University of Illinois Urbana-Champaign; While working at an architectural firm, designing the Miguel Juarez Middle School in Waukegan, Illinois.

Who is your favorite musician? Writer? Artist?

Where is your favorite spot in the world?