If Iron Man’s alter ego – the brilliant engineer Tony Stark – were to build a lab on a college campus, what would it look like?

For starters, it would have to be big: 60,000 square-feet, with space for large-scale construction and prototyping. It would also include a large workshop for 3-D printing, metal fabrication, laser cutting and computer-controlled machining. Two digital media studios to support video and audio recording as well as immersive technologies for virtual reality applications wouldn’t hurt, either. Nor would public gathering spaces, meeting rooms and galleries to encourage more informal interaction. After all, the rest of the Avengers have to hang out somewhere.

In other words, it would look a lot like the new $48 million Siebel Center for Design, a learning and innovation hub that will open in 2020 and is tipped to become the next architectural crown-jewel of the Urbana campus.

Although construction is set to begin shortly, the idea of building a design center has been percolating for at least 10 years, according to U. of I. professor and entrepreneur Andy Singer, who serves as interim director of the center.

“We’ve been thinking about having a space on campus where students who were interested in making things and in collaborating on creating things could go, regardless of whether it was part of a class or their major,” said Singer, the Fox Family Professor in the department of Electrical and Computer Engineering. “It could be an idea that they were excited about personally, or passionate about entrepreneurially or socially. It would be a place where students could gather and create.”

Enter polymath alumnus Thomas Siebel, the founder, chairman and CEO of Siebel Systems, one of the world’s leading software companies that merged with Oracle Corporation in January 2006. He also earned three degrees from Illinois – a bachelor’s degree in history, an MBA, and a master’s degree in computer science.

Siebel’s vision and enthusiasm for the center quickly became the project’s animating force. In October 2016, the Thomas and Stacey Siebel Foundation established the center with a $25 million gift.

According to Singer, Siebel views the namesake center as an opportunity for Illinois to “really outshine its peers.”

“His vision was, how can we create a space that’s accessible to every student on campus, how do you make a campus network of facilities with an iconic facility in the center that can really do the design center concept at scale. That’s the challenge we’re rising to,” said Singer, also the director of the Technology Entrepreneur Center on the Urbana Campus.

The next logical question: Where would this “design factory” be located on an already sprawling campus? Too far south of Green Street, and you risk estranging the engineers. Too far north, and it’s likely to be seen as no-go territory for nonscience majors. Which places its location between the Business Instructional Facility and the Ikenberry Commons – two shiny new facilities in their own right – firmly in the Goldilocks zone.

“Location is destiny,” said Kevin Hamilton, a professor of art and design and the senior associate dean in the College of Fine and Arts. “Some of the most compelling challenges our students will face will require them to work with others far outside their field or comfort zone. If the design center doesn’t reflect the full diversity of the Urbana campus’ intellectual interests, it’s not going to be a success.”

When Hamilton looks at the design, he likes to think of its orientation to University Housing as symbolically significant, “because it’s primary access is east-west, and you could very easily walk through the center on your way to and from your residence hall.”

And if you’re creating Tony Stark’s lab on a college campus, you would want to encourage students to build their bleeding-edge suit of armor there instead of their dorm room, where the carpet could easily catch on fire.

“There’s that, but there are also classes that are going to group-based project learning,” Hamilton said. “They’ll go to the design center and reserve a room. And when they’re there, they’re also seeing a demonstration on welding, for example. So you’ll have people coming in there for very different reasons, all of which reflect the changing shape of undergraduate education.”

Hamilton imagines the design center as a place where students come for the afternoon or for a weekend workshop – or for a semester or a year for a course.

“We need that diversity of programming for it to feel like it’s a live space,” he said.

David Weightman, a professor of industrial design in the School of Art and Design and a member of the Siebel Center for Design working group, said the hypothesis was that the bulk of the center’s activities would be undergraduate classes working with faculty from different areas across campus on project-based, interdisciplinary teams.

“The future of work is going to be groups coalescing around ideas and opportunities, but there will be room for students who have an idea and want to independently develop it,” he said. “So there will still be opportunities for lone inventors, but the emphasis will be on putting together teams to tackle an idea.”

Students are free do almost anything there, up to and including prototyping a car.

“One of the questions we had early on was what is the biggest project you could envision a student working on?” Singer said “We came up with building a motorcycle, a guitar, a new type of sofa or even a car. If it’s a car, they probably couldn’t build the entire thing there, but they could design pieces of it and assemble it elsewhere on campus at the other nodes.”

But the organizers were wary about dictating to the students what they can or can’t design, Singer cautioned.

“We just want to make it available so they could do just about anything,” he said. “It’s really a place to spark their imagination, so we don’t want to be in the business of putting too many limits on what they can do there.”

The guiding principle behind the project is a trendy pedagogical topic called “design thinking.” As one of the core principles of industrial design, design thinking takes a more human-centric approach to the creation of products or services for people.

“Design thinking is a shorthand for a human-centered design and innovation that uses a particular set of techniques that involve observation, empathy, ideation, prototyping and communication,” Weightman said.

Rather than saying “I’m going to build a widget” and defining the specs of the widget based on a technical analysis, design thinking “involves thinking about all aspects of the connection between people, products, services and experiences,” he said.

Design thinking is also about how you might be able to manufacture something that’s technically and commercially viable, as well as environmentally responsible.

“The intersection of all this is thinking about how you design things that humans can and will use,” Singer said. “Apple is a perfect example of a company that’s really taken industrial design and design thinking as a core of their business component. As a result, they come up with products that people love.”

Singer said part of the challenge in higher education is to continue to innovate on what it means to have a residential campus experience in the 21st century.

“For generations, you’d go off to college to be immersed in an educational environment with your peers, with access to technology and information that you could find nowhere else, and to network with like-minded individuals,” he said. “In today’s world, we have access to information just about anywhere you’ve got internet connectivity. There are advocates of forgoing higher ed, and taking courses online or going to a code academy and completely eliminating the residential campus experience.

“There is room for that, just like there is room for trade schools. But there is a role for higher education, and we have to define how we’re different. We have to provide a reason for a university like ours to exist – and not only to exist, but to thrive.”

One can think of it as no less than redefining the mission of a public land-grant university, Singer said.

“One of the missions of the flagship university of the state of Illinois is not only to make sure students get the training they need, but also that they receive exposure to opportunities in our state,” he said. “We are a public good, and we exist so everyone can have an elite experience. The Siebel Center will be a unique draw for our students, making it a very exciting time to be a part of the Urbana campus.”

It just so happened that everything came together as the university was about to celebrate its sesquicentennial.

“We look at this as being broadly about innovation, enterprise development and entrepreneurship,” Weightman said. “It’s a good way to think about where the university might go in the next 150 years.”

History of design thinking on the Urbana campus 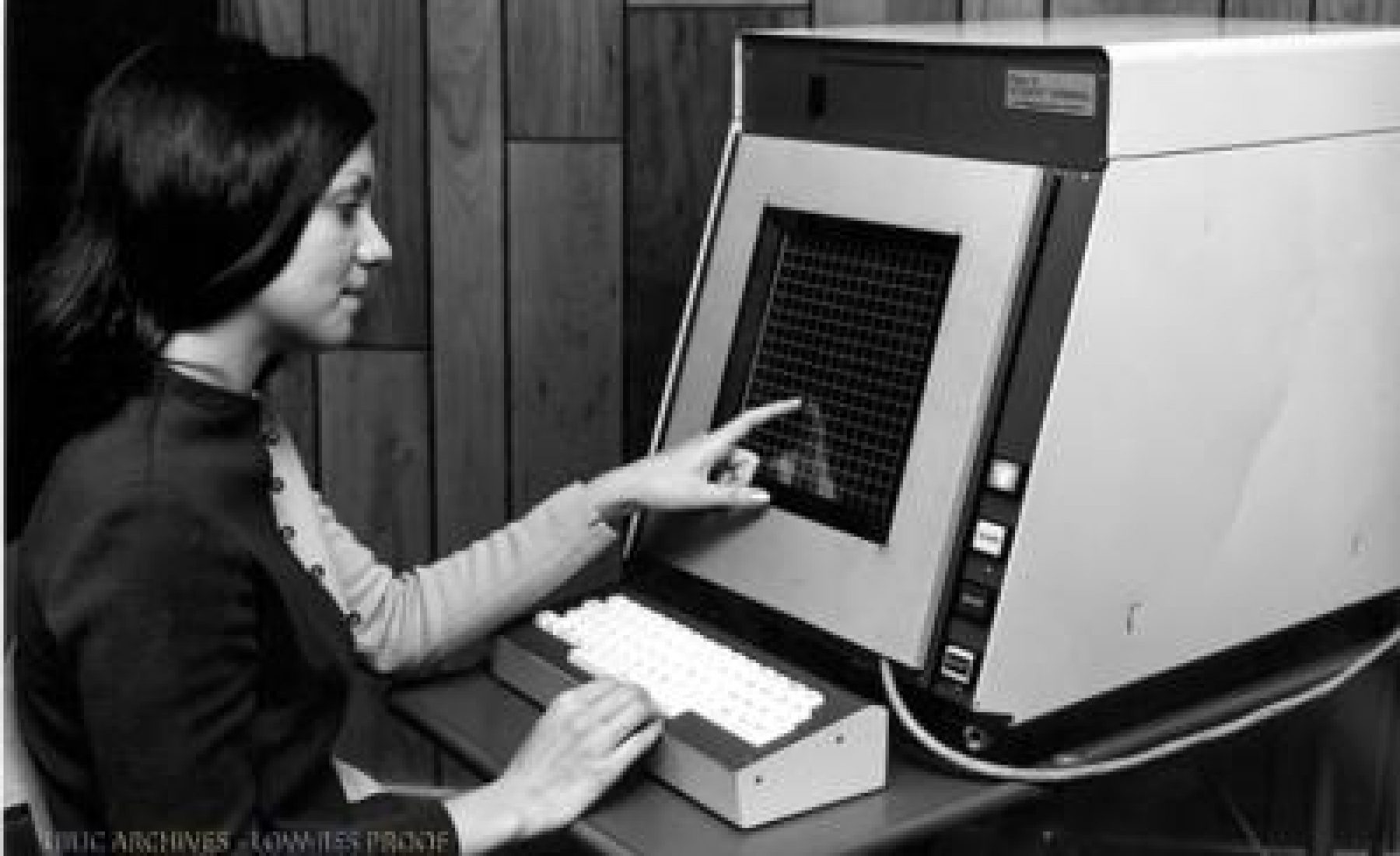 The legacy of design thinking at Illinois didn’t begin with the Siebel Center. It’s been part of the campus DNA at least since the PLATO terminals of the 1960s, if not longer.

“Design thinking has been taught as a discipline and a fundamental principle of industrial design,” Singer said. “The industrial design program at Illinois has a long history, and many very successful designers have come through the program at Illinois – designers who are now at manufacturing companies and design companies all around the world making iconic products that are great examples of ergonomic, human-centric elements.”

For the Urbana campus, past is prologue, with design thinking pointing the way toward the future.

“Few people are aware that ramps and curb cuts” – pioneered by the late Timothy J. Nugent, a U. of I. professor dubbed the “Father of Accessibility” – “were first invented and tried on the Urbana campus,” Hamilton said. “As we celebrate our sesquicentennial, that kind of design legacy is something we want to be cognizant of. Those are the kind of stories that should inspire students.”

From a curricular standpoint, Hamilton noted that administrators have broadened the scope from simply building a design center to integrating design thinking principles into the entire campus.

“What we’re looking to build is a network of design learning opportunities,” he said. “We’re trying to have design learning not only as a part of classes but also as a part of residential life, part of the social connections that happen, part of the student organizations. We’d like students to come out of Illinois having some design experience but also being able to articulate what an Illinois way of going about design would be. And our history in interdisciplinary research and collaboration will serve us well in realizing that goal.” 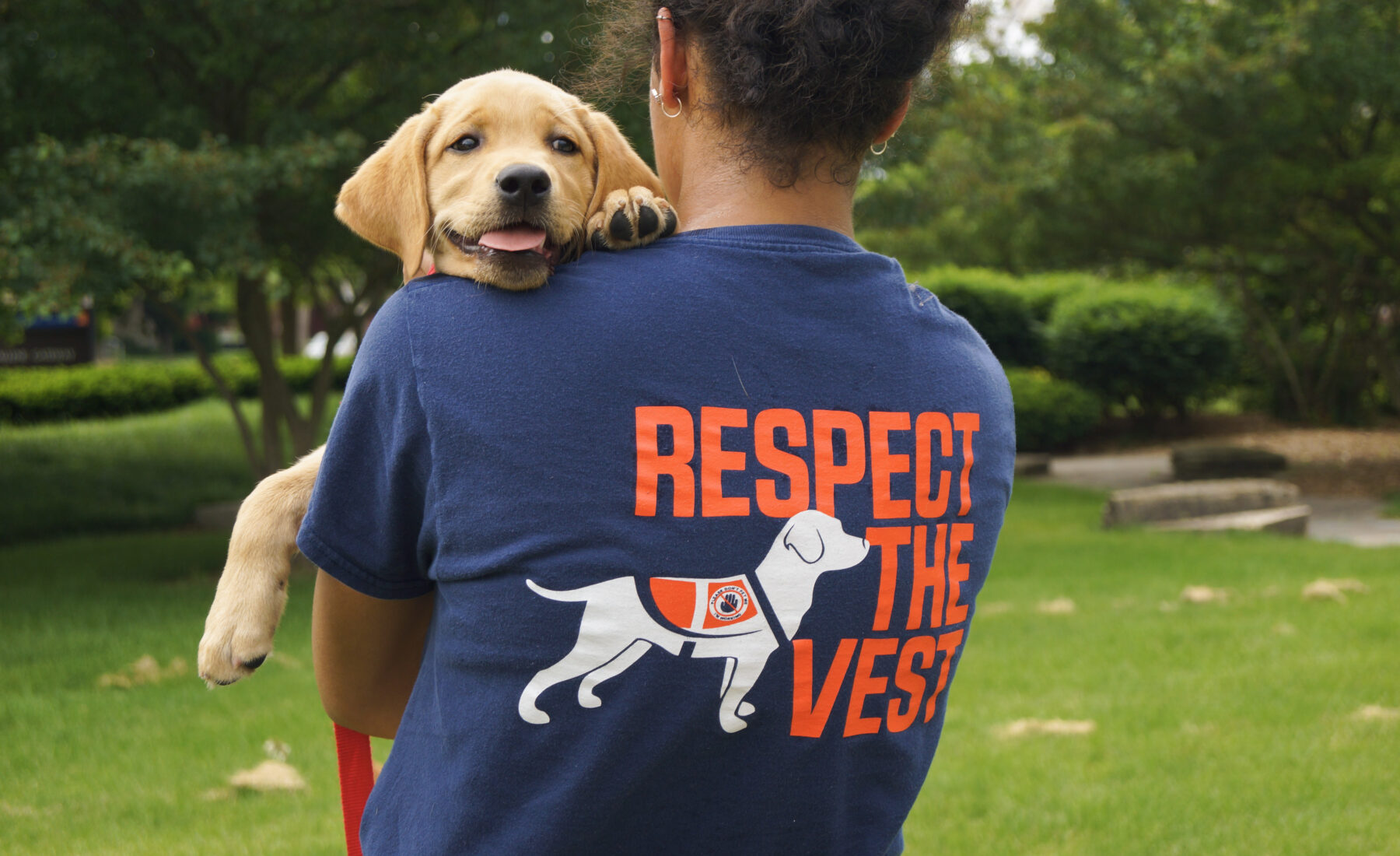