An act of defiance becomes a symbol of change – Storied.
Skip to content

The two identical boxes arrived at the Illini Union on a Tuesday afternoon in January of this year.

They were large and difficult to maneuver, and measuring 8 ½ feet tall by 5 ½ feet wide, they were even too big for the service elevators.

Their ordinary cardboard exterior concealed the contents from students rushing by to grab a bite to eat or find a place to study.

No one could have guessed they contained a link to a cultural struggle that culminated forty-five years ago at the tip of a paintbrush on the surface of a wall.

The arrival of these two boxes, whose contents originated from the former house at 510 East Chalmers St., with a three-year detour in Chicago, had finally come home.

He looked past the secondhand furniture, miscellaneous office supplies, and set of Caribbean steel drums. He thought back to friends stopping by between classes to talk and share ideas, small celebrations, enjoying homemade dishes at weekend potlucks.

It had been less than a year since the university agreed to the students’ demand for a space of their own, and they were still settling in when news came that the house was slated to be demolished over the summer.

Martinez, along with other members of the student organization, La Colectiva Latina, had struggled to secure this space to address the needs of the small Latino student community. When the members moved in, only 240 Latinos were enrolled on campus, less than 1 percent of the entire student body.

The university’s drive to become more inclusive with programs like Project 500 in 1968, did not address the support and resources Latinos and other underrepresented students on campus would need—especially as enrollment numbers increased, albeit only by a small amount.

In 1974, La Colectiva had appealed to the vice-chancellor for Campus Affairs in a letter outlining their reasons for initially wanting to found La Casa. Its purpose was to establish “creative and concrete programs aimed at Latinos. The programs will be based on the idea of self-determination for the Latino.” Recruitment and retention had fallen to the Latino students themselves, and they wanted more resources.

Back in the front room on Chalmers Street, Martinez refused to accept what looked like the building’s inevitable fate. As he examined how he felt about his own identity and listened to Latinx classmates grapple with theirs, Martinez found inspiration for what he hoped was La Casa’s salvation.

Recalling his childhood in mountainous Puerto Rico by the river, he drew from the examples of Mexican muralists like José Clemente Orozco and David Alfaro Siqueiros, whose political and social messages influenced generations in their homeland and beyond.

The La Casa Cultural Latina and Department of Latina/Latino Studies Mural at 510 East Chalmers St. in 2014.

He diluted what paint he could spare from the supplies he used for school, and began to paint. Nervous and overwhelmed, he was excited to do something meaningful that he hoped the other students would appreciate.

Martinez painted directly on the walls, over light sockets, wires, and windows, knowing the university might view it as vandalism.

“I remember doing the mural and looking outside for the campus police,” he said in a 2013 interview. “I was afraid. I left the door open in the back in case I had to leave really fast. I would put on music, but I kept looking outside.”

Eventually, other students joined him in creating a space that explored images of color, darkness, sadness, happiness, despair, life, and hope.

The front room of this small house built in 1928, became a monument to art as protest for Latinx students, a respite from a world that still felt unfamiliar.

Martinez felt that if the paintings were part of the house, on the walls that held it upright, the university would not destroy it.

La Casa at Chalmers Street was spared in 1975, and the building remained home to Latinx students until 1995, when La Casa relocated to Nevada Street, where it is today. By the mid-90s, Latinx enrollment grew to almost fifteen hundred students or 4 percent of the total student population.

The university began to regard the La Casa Cultural Latina and Department of Latino/a Studies Mural differently. In 2004, Latina/o student activists, with the support and assistance of Latina/Latino Studies, fought for support from the university to finish the murals. Hence, the chancellor hired Martinez to restore and complete the remaining portions left unfinished in the 1970s.

“When I was contacted by the university asking me to go back and restore the murals, I have to be honest, I was in shock. I read the letter three or four times because I didn’t believe that I was being asked to come back and finish the mural,” Martinez recalled in a recent interview. “The murals had been embraced by the university as a very strong historical relevant work of art.”

The mural withstood almost four decades undisturbed and always in spaces belonging to the Latinx community on campus. They had even gone on to inspire students and visiting scholars. In 2010, the Department of Latina/Latino Studies was formed and moved into the Chalmers Street building.

When the department relocated to its new home on Oregon Street in 2013, it left East Chalmers Street vacant, and the conversation about the mural began again.

In 2013, the new director of La Casa, Gioconda Guerra Pérez, and the staff at the Department of Latina/Latino Studies found themselves in the middle of yet another discussion about what to do with the mural. This time it happened to coincide with La Casa’s 40th anniversary.

While the mural hadn’t changed with time, the outlook of people at the university did. Guerra Pérez thought marking the anniversary created another way to showcase the mural.

“We thought that having the mural at the center of that celebration could enlighten the current administration to do the right thing,” recalled Guerra Pérez, now executive associate vice chancellor for diversity. “They would understand the value of the history for these students, the stories painted on the walls, and recognize that we needed to preserve them and to step up and take care of this art. And they did.”

And so, the consensus turned to the preservation, not the demolition, of the mural.

Before plans for demolishing the building began, members from the Latino campus community, Spurlock Museum, and Facilities & Services (F&S) came together to brainstorm how they would save the mural and decide where it would ultimately go.

Brent Lewis, the university landscape architect with F&S, secured an art mover and conservationist to dismantle the mural-covered walls and ceiling and take them to Chicago to be conserved. Campus dedicated the funds toward the project, which amounted to a little more than $380,000.

As the tedious process of removing, repairing, and restoring the mural painted on nontraditional surfaces, like wallpaper, drywall, sockets, and molding, was taking place, the university was scouring the campus for walls big enough to display individual panels from this massive mural.

“Bringing the panels from the little-known mural on campus, to the Union was a fantastic idea because students, faculty, and visitors will see them,” Lewis said. “It sets the stage for our community to talk about diversity, our cultural heritages and experiences.”

On that Tuesday, a little less than a month ago, Alicia P. Rodriguez stood at the bottom of the staircase in the Union and watched the men from F&S adjust the section named, “La Victoria,” from the mural Oscar Martinez and students painted in 1974.

“It’s incredible,” she said, smiling. Rodriguez was a graduate student in the 1980s and 1990s and is now an academic advisor and administrative coordinator in the Department of Latina/Latino Studies. And she was part of the team that worked to conserve the mural and bring it to spaces where students and visitors would see them. Today, Latino students make up 10 percent of the record 52,000 students enrolled at the university.

The panels from the mural, which, at one point, some Latinos considered “more important than the Alma Mater,” are on display not only in the Union but Spurlock as well.

Ricardo Zapata, a senior and student staff member at La Casa, knew about the mural but realizes most students his age don’t.

He hopes they’ll slow down enough to want to know more.

“Maybe if they stop to read the plaques, they’ll learn a little bit about the history of Latinx students’ experience on campus,” Zapata considered.

“And maybe, just for a second during their day, they’ll realize some students have had to put in a little more work to call the university home.”

We wish to thank the students, alumni, staff, and faculty who have collected histories over the years that we used to inform this piece. 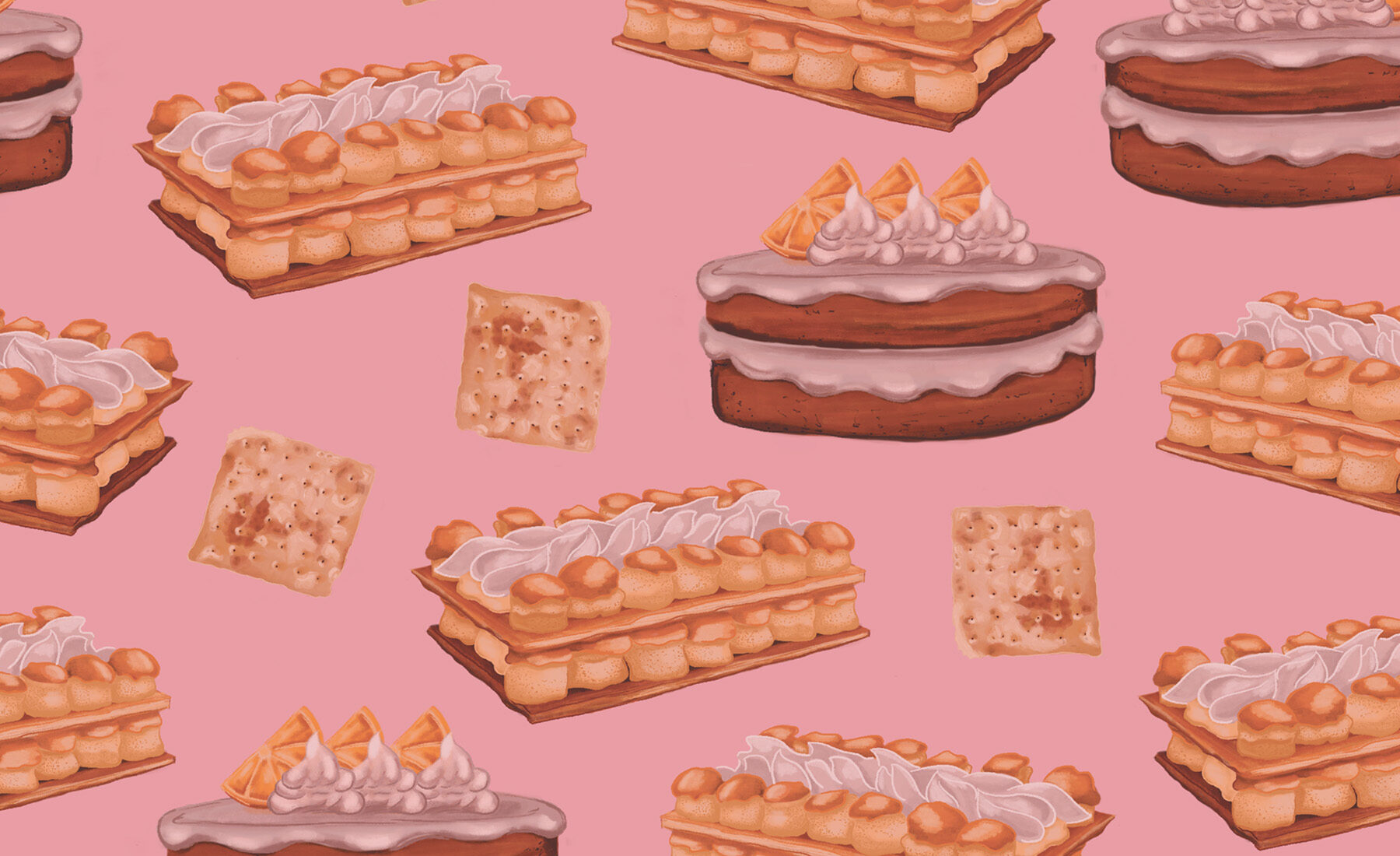