With the onset of COVID-19 this year, graduation was different for everyone. Celebrations were kept small—perhaps a parade of cars, maybe a gathering over Zoom. So it was for Poppy and Lincoln. They donned their caps and gowns for photos, but mostly hung out in the background during their Zoom party, wagging their tails.

Poppy and Lincoln, a black lab and a Great Dane mix respectively, had just completed their training to become service dogs. It is an intense training that starts when they are puppies and culminates roughly two years later when they are ready to be placed with a companion. Over those years, the dogs are trained by dozens of Illinois students who are part of the Illini Service Dogs (ISD) organization.

The dogs learn a lot over those years—how to retrieve items, push buttons to open doors, act as a stabilizer for someone needing help to balance. Unsurprisingly, the students learn just as much from the dogs and from the people the dogs ultimately serve.

The program was founded in 2010 by Bridget Evans (MS ’13) when she was a student in the College of Applied Health Sciences. Evans was accompanied by her dog Hero at her own graduation from Illinois. Their graduation photo—both clad in blue caps and gowns—went viral online and garnered attention from international media. She was happy for the widespread attention brought to Illini Service Dogs, and she is especially proud of the Illinois students who work with the dogs, then and now.

“These students put their heart and soul into the dogs,” Evans said. “And it is often a life-changing experience for them. They join because they want to have an impact on someone’s life. They want to learn more about the disability community. They want to be part of something bigger than themselves.”

Dogs trained by ISD are primarily mobility service dogs. They are trained to help their handlers access spaces safely, to push plates to open doors and hit crosswalk buttons to cross the street. They are trained heavily in using public transportation, and so are a frequent sight on campus busses. The dogs can even assist in helping someone take off their jacket or their socks.

Every dog’s name is related to Illinois. Lincoln and Poppy (for the state’s official snack, popcorn) join Alma and Ike and Newman and Wrigley and Penny and Blue, just to name a few.

Each dog spends about two years with the organization, and while they are assigned a primary trainer, they interact with an entire team that is dedicated to their training. Students take turns working with the dogs and acclimating them to a variety of people and situations. A student who is a sports fan may bring the dog to a game while an art student might bring the dog to a museum. In each circumstance, the dog gets training in how to behave in that environment. 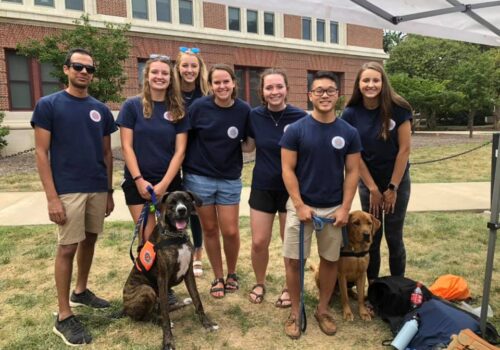 It is a fairly common sight to see a student walking a vested dog campus. That orange vest indicates the dog is working, and according to Erin Sahm, past student president of group, most people in the community are respectful. “I often hear parents telling their young children, ‘Oh, that dog is working so we can’t pet it.’ I think that’s great. But when someone does end up interacting with the dog it is not out of malice. They just don’t know, so it is an opportunity for us to educate them.”

Students in ISD do community outreach. Dogs in tow, they have introduced the role of service dogs to groups in schools, scout troops, summer camps, and library programs.

When Evans started the group in 2010, there were twenty-one members and three dogs. She remembers thinking, “Let’s see how far we can take this.” It was the first group in the country to have college students train mobility service dogs. Now ISD has trained and placed over thirteen dogs. “It is cool to see people take my passion and make it their own.”

ISD continued on after Evans’ graduation, and is now a registered non-profit with Evans as Chief Executive Officer. Many of the members who sit on the board are either Illinois alumni or have themselves been placed with dogs. And despite the significant expenses in training a dog—estimates range from $10,000 to $15,000 for a two-year training period—the organization relies solely on volunteers and donations.

This is how they are able to place their dogs with companions free of charge.

“As a person with a disability myself, I am very familiar with the additional costs associated with living with a disability,” said Evans. “A service dog is intended to solve problems, not add more. Therefore, the Illini Service Dogs works tirelessly to ensure that our service dogs are provided free of charge.”

Evans had already helped to train twenty service dogs by the time she entered college. Born with spina bifida, she got her first service dog, Coal, when she was eleven. She was so inspired by the ways Coal changed her life that she wanted to help others experience the sense of freedom and security she felt.

Service dogs, however, are very expensive. This led the Evans family to embark on their own training journey, consulting with experts and working with Coal to make sure he was exactly the companion Evans needed. According to Evans, Coal is the reason ISD exists today.

“These dogs know you better than you know yourself. They feel what you feel, and that synergy is hard to replicate,” she said. Evans recounted a time when she was in the emergency room with kidney stones and began to slowly slide off the gurney. She had been given morphine and didn’t quite know she was falling. Without any prompting, Coal opened the hospital room door, looked toward the nurses’ station and got their attention. The nurse thought she was merely bringing the dog back into the room, but quickly understood that Coal had alerted her just in time to prevent Evans from falling to the floor.

Most people with service dogs understand this intense connection. It goes beyond a normal relationship with an animal—or a person for that matter. The dogs are an extension of themselves and the key to their health and well-being, as well as their independence and freedom.

Of course, this means that when a dog passes away, the grief can be just as intense as their connection had been.

“I have had forty-eight surgeries in my life, and I have never been in so much pain as when I’ve lost a dog,” Evans explains. “It is an indescribable feeling.”

For so many, these dogs represent freedom. Amber lives in Peoria and is a mother to two active teenage boys. Due to illness, she began to lose mobility over time. A trip to the zoo or an amusement park became impossible for her. She became less active, and she was prone to falling.

It was when she fell in a parking lot after a quick shopping trip that Amber decided she needed more than a cane. “I couldn’t get up because there was nothing around me to grab onto. I had to crawl to a car to be able to pull myself up,” she said.

After her fall, she felt helpless. She was afraid to go places alone. Shortly after, she contacted ISD and put in an application for a dog. When she was called a few months later to come meet the dogs she was nervous and excited. “I asked a lot of questions. At first, I was a little bit unsure because I wasn’t sure of my ability to be a good companion,” she said. “It was almost like first date jitters.”

It is critical to make a good match between the person and the dog. There has to be a connection between the two, and the dog’s skills has to match the person’s needs. That is why the process of being placed with a dog can take months. Amber kept coming back to campus first to spend the day with the dogs, then to spend the weekend, then progressing to longer visits. After five months, a solid bond formed and Amber went home with Blue, a yellow lab.

When Blue came into her life, he gave her back her confidence. “One of Blue’s strong skills is called bracing. He gets strong and steady and helps me to pull myself up. Now I know that if I fall, I’m going to be okay. He’s got my back. I’m not alone.”

Today, Amber sits on the board of ISD and helps with logistics. Amber and Blue have been together for six years, and he has definitely changed her life. “After a few weeks, I felt like he could just sense what I needed,” she said. “I don’t even know how to describe it because he was doing things that they didn’t even train him to do—he would just know. I have some spasms and pain in my legs, and I would try heating pads and medicine, but it wouldn’t go away. But after getting him, he would know every time. He would lay on my legs as I lay down, and just that weight and warmth of him on me would make the pain stop.”

Evans describes her experience of the public’s understanding of service dogs as a pendulum. When she was younger, it was common for Evans to encounter confusion about her dog. She would enter a store and be told no dogs allowed and she would have to explain that she and her dog had a legal right to be there. Recently, she’s experienced a spike again not only in misunderstanding but in people bringing their dogs into stores or restaurants and claiming they are service dogs when they are not. On a recent trip to a drug store, Evans’ service dog was attacked by another dog on a long leash. The owner of the dog claimed it was a service dog, but true service dogs are kept close to handlers and taught not to react to other dogs.

“It took Hero a long time to overcome that experience because he was blindsided by this dog coming out of nowhere. He became nervous around other dogs,” she said.

Amber agrees. “If Blue was helping me walk or stand and someone’s calling him over, that could be enough for him to shift his weight and for me to lose my balance. I want people to understand the dog has a job to do. They love their job and they love their handlers, but if they are distracted it can be very dangerous.”

Evans hopes ISD continues to grow, increasing the number of dogs they can train at one time and therefore placing more dogs in the community. “Then we’ll be able to engage more students, have that ripple effect of positivity and enlightenment, and open their eyes to things they may not have been aware of or appreciated before. In so doing, we’ll be creating the next generation of allies and advocates in the disability community.” 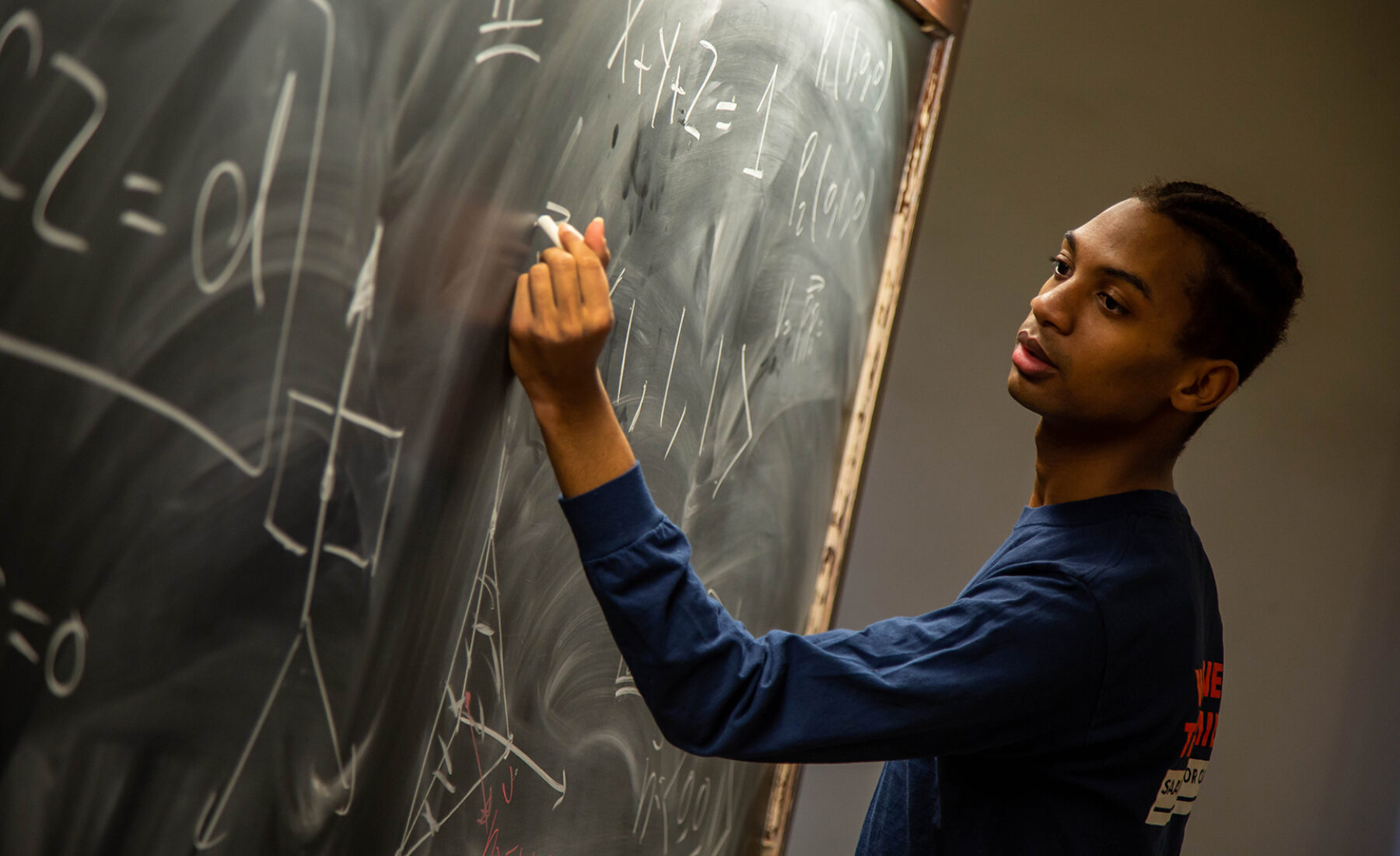 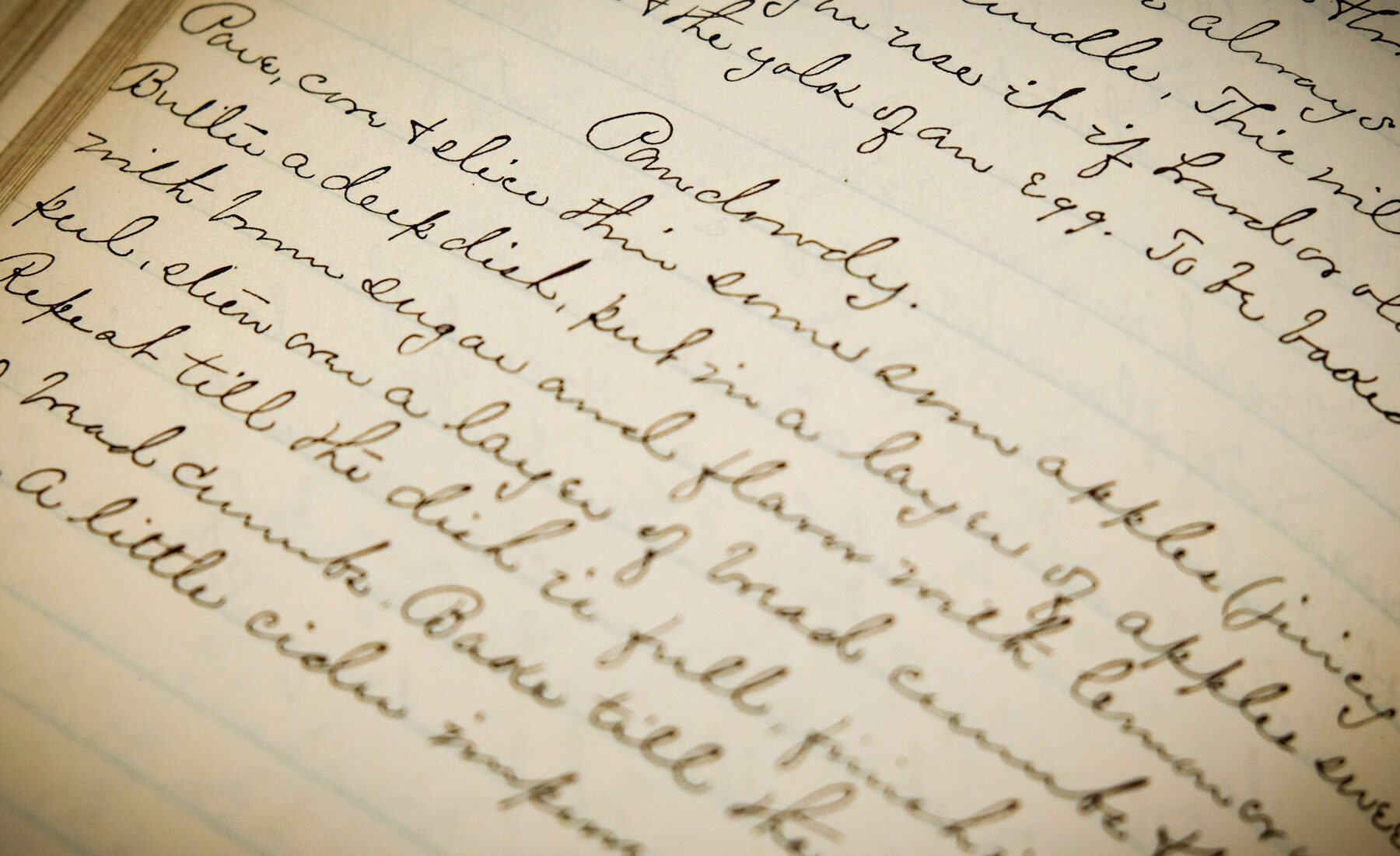 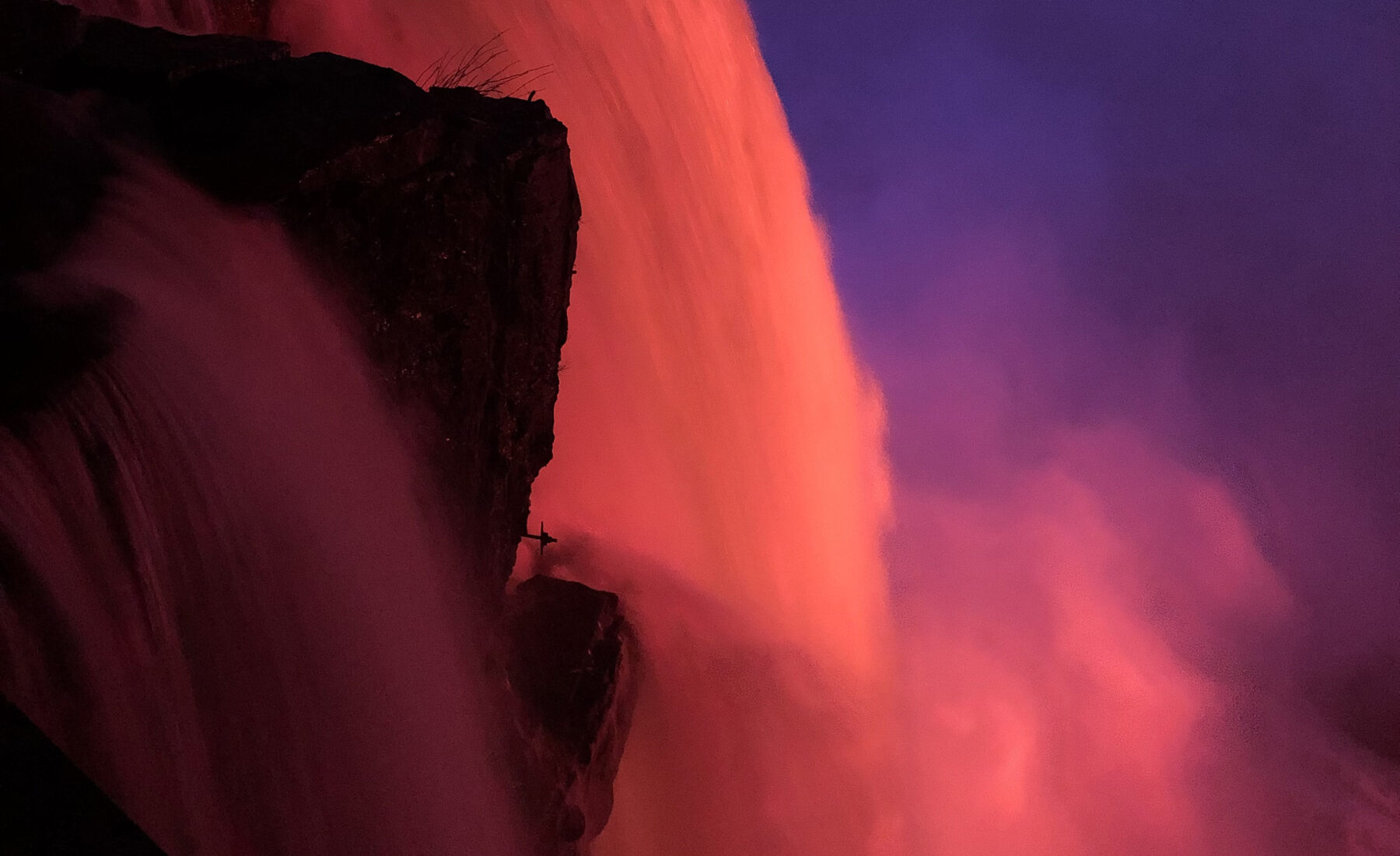