A photographer’s magical power is to freeze time. To hold one moment still and make it tangible and permanent.

Fred Zwicky, campus photographer, has spent his career capturing these moments, first as a photojournalist for the Peoria Journal Star where he worked for decades, and now for the university.

“As life passes us by in a blur, I think the still image gives us just enough time to process that individual moment in isolation. An effective photograph coalesces how that scene makes us feel, or, what it represents,” he explained.

Zwicky joined the campus photography team in 2018 and has since turned his camera to all kinds of fascinating people and projects on campus. He’s looked into the mouth of a black bear, photographed a dance class for people with Parkinson’s, sorted through treasures with a plant biologist who has a historic trove of photosynthesis research in his office. When the Illini won their 2019 Homecoming game against Wisconsin with a stunning last-minute field goal, Zwicky ran straight into the swarm of fans on the field at Memorial Stadium. His photograph captured an iconic moment, where you can feel the joyous energy and nearly hear the roar of the crowd.

He has also captured more serious, more somber moments on campus. In 2019, he joined members of ROTC as they ran up and down the steps at Memorial Stadium to commemorate the anniversary of 9/11. And in the days since the pandemic began, Zwicky has chronicled the university’s groundbreaking and massive testing effort, SHIELD.

The moments may seem disparate, but the underlying mission in creating these images is the same. “My ultimate goal is to photograph in mythic terms,” he said. “I’m not saying I pull this off all the time (I don’t), but that’s my goal. As we journey through life, I think the most memorable moments are thematic in nature: joy, sorrow, beauty, love, loss, the need for more caffeine, and the struggle to be something better than we were the day before.”

There are also plenty of times he is bringing Alma’s welcoming arms into focus. “Working at the University of Illinois, I’ve realized the power in the iconography on campus. It taps into the collective experience and history of this institution. So, while it may not be moment based, it also tells a story, hopefully for the ages,” he said.

“Photographs gain power when they capture a moment of emotion,” he said. “That power lies in our own empathetic response to that captured emotion. So, yes, photographs help us to see, but photographs also help us to feel. It’s an amazing way to share our journey through this crazy world.”

We wanted to flip the focus and get to know Zwicky a little better, so we’ve asked him to answer an abbreviated version of the Proust Questionnaire for STORIED. Once a popular Victorian parlor game made famous by Marcel Proust, the Proust Questionnaire has been used by reporters over the century and across the globe to reveal a side of leaders, artists, actors, and public figures we may not usually see. You might recognize the format from the back page of Vanity Fair, which has had celebrities answer the questions since 1993.

What is your idea of perfect happiness?
A shared moment of laughter or love. A moment of peace. Or when a spontaneous creative idea breaks a logjam of mediocrity.

What is your idea of misery?
True hopelessness, which consumes many in this world. Personally, I’m like anybody else. I get worked up over setbacks, mundane drudgery (wish I was a better person here), or challenges life puts in our path. But, I’m fortunate that I have not had to endure sustained hopelessness.

Which talent would you most like to have?
I would love to be a virtuoso musician who could improvise with wild abandon. Confession: I’m passable on keyboard and acoustic guitar (even have played semi-professionally in the past). But, wow, it would be incredible to be able to make my fingers do what I hear in my head. Alas, I’ve learned to play mostly within my limits.

Who are your heroes in real life?
My true heroes are largely unsung. They are the mothers who fight for loved ones through incredibly difficult situations. I’ve had the good fortune to document several of their inspiring stories professionally over the years. Their names include Liz Keets, Mary Crawford, Jeannie Grys and Rose Cole. I’ve also witnessed it personally as my own wife, Elise, took care of her father through multiple aging battles, all the while overcoming her own health challenges while being a fierce advocate for our kids.

Who are your heroes throughout history?
I’m going to stay in the present tense since I’ve been fortunate to meet many of my heroes through my line of work, from Yo Yo Ma and Barack Obama to Bill Murray and Maya Angelou. The constant seems to be the rare combination of wisdom, joy, creativity and empathy. 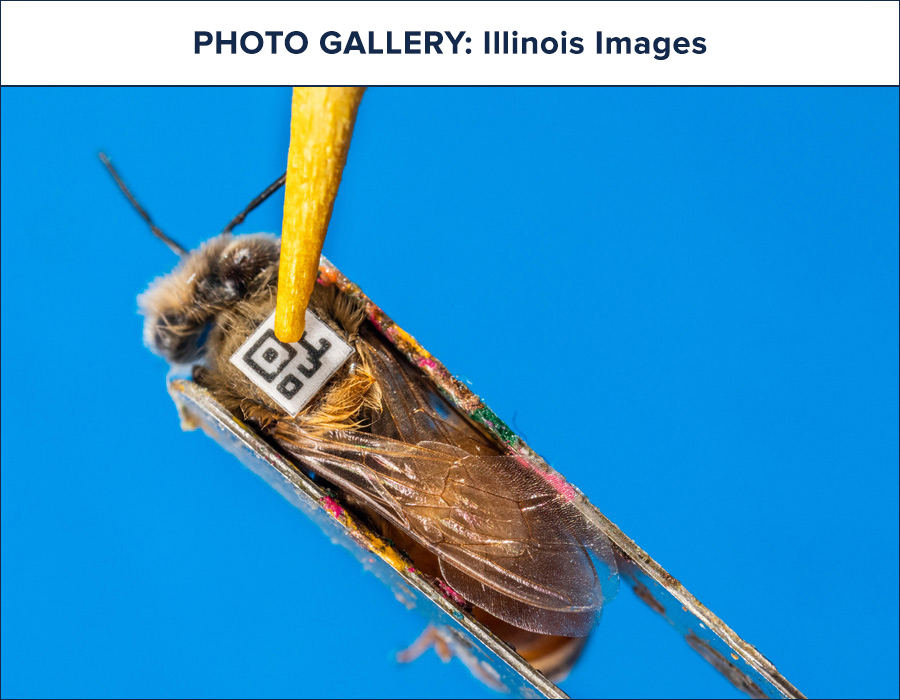 What is your most treasured possession?
My blue Schwinn LeTour bicycle that I bought in high school with money from my first job. It was my car in college. I rode this bike alongside my kids on bike outings as they grew up. It’s the bike that I still use to make 10- to 20-mile treks on country roads outside of town a couple of times a week (in season). Surely, at some point, it’s going to be unrepairable. But, it’s crazy that it’s held up all these years.

What is your motto?
Ride the Wave. Hey, I’m no surfer, but I’ve been flipped by waves while body surfing. Thinking back, they were most likely really small waves. However, my lesson learned is don’t underestimate the power of water. Or how changing times can make your center of gravity very uncertain. We’re definitely living through uncertainty in the here and now. So my approach continues to be to truly enjoy the “now” even with crocodiles just below the surface.

What motivates you?
The next creative challenge. I don’t put many of my pictures up on the wall (except for pictures of my kids). I’m more the ‘destination is the journey’ sort of guy.

Which words or phrases do you most overuse?
Had to check in with my Facebook friends on this one. Apparently, I’m a positive affirmation sort of guy. Current favorites: “Gotcha,” “Definitely” and “You Bet.”  Horrifyingly, folks mentioned “saliva” as well. But, that’s just me posting a wee bit too much about the University of Illinois COVID-19 testing program.

Without a doubt, it’s my three kids. Two are University of Illinois grads and the oldest is a National Merit Scholar who has dedicated herself to helping middle school kids love math with 14K followers on her Instagram math site for teachers. The youngest is a third-year UIC med school student and the middle child is now a chief resident doctor at Stanford in California. They are all good, kind people.

Professionally, earlier in my career it would be documenting the story of teenager John Keets and his journey from going public in a small rural community about having AIDS to becoming a national figure educating and raising money to stop AIDS. The story was important to help educate about the disease when fear and the unknown was all that we knew. Sound familiar?

With the passage of time, I realize that my biggest contribution is contributing to the visual history of people and events that matter. At the University of Illinois, I think my photojournalism instincts continue to guide me as I work to tell the story of this campus. 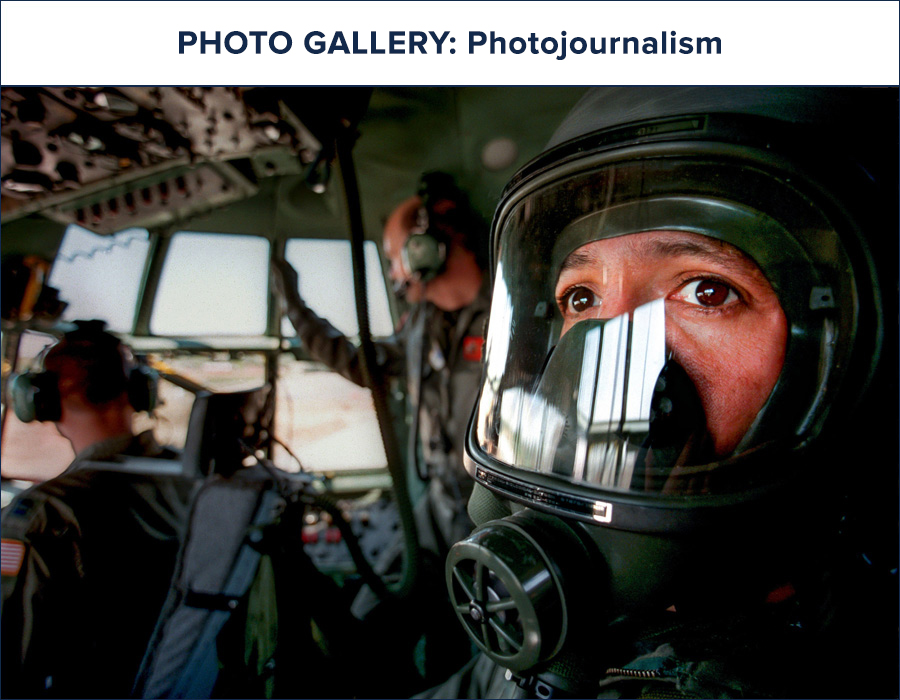 Tom Cruise. Not that I admire the man, but what adventures I would have. For someone to admire, it would be Fritz Zwicky, who was an eccentric and contentious astrophysics genius who is the father of the concepts of dark matter and gravitational lenses. Tragically, his work was so ahead of its time, his theories weren’t proven true until observed by scientists 40 years later. Fritz Zwicky was also an accomplished mountain climber, so that checks the adventure/adrenaline box.

Who is your favorite musician? writer? artist?

One? Perhaps all of the musicians from the Goat Rodeo Sessions, which includes cello virtuoso Yo-Yo Ma and mandolin master Chris Thile. I’ve got to add genre-bending banjo player Béla Fleck and jazz pianist extraordinaire Chick Corea. Expand this list to include all of their collaborators and side projects.

Writer: Kurt Vonnegut. Years ago, I photographed a workshop featuring Kurt Vonnegut. In a quiet moment during a break, a well-wisher explained to Vonnegut that his words had saved him from suicide. That seemed shocking to me because Vonnegut’s fictional characters are often tossed around by dramatic events beyond their control. But, that was the point. We can’t control what happens around us, just how we respond.

Artist: As a kid, I was entranced with the macabre allegories of painter Hieronymus Bosch. But now I find joy in the work of Paul Klee, who expanded the boundaries of expressionism, cubism, and surrealism. His quote, “Art does not reproduce the visible but makes visible,” is intriguing.  My interpretation is that the purpose is not to mimic, but to create a new way of looking. In that regard, I revere photojournalist Eugene Richards’ ability to frame life at the edges, both in subject matter and composition.

Where is your favorite spot in the world?
Without a moment’s hesitation, Martha’s Vineyard. My family roots run through this island escape. Relatives were ministers breaking down speakeasy doors during prohibition, school teachers, fishermen, golf pros and artists. My parents had a glorious retirement as island musicians. Today my family loves the island because it’s a place where time seems to stand still.