The Illinois Storytellers series brings you first-person pieces from distinctive Illinois voices. In this essay, Richard Cahan (MEDIA ’75) shares his experience writing his latest book, Un-American: The Incarceration of Japanese Americans During World War II. Cahan is a journalist, author, photo historian, and co-founder of CityFiles Press in Chicago.

Writers are told: Write what you know.

I co-wrote Un-American for the opposite reason-this was a part of life and history I didn’t know.

I first studied U.S. history in the 1960s. When it came to World War II, my teachers in suburban Chicago talked about the invasion of Poland, D-Day, Nazi concentration camps, and the Yalta Conference. The home front-gas rationing and Rosie the Riveter-was mentioned, too.

The subject of the incarceration of Japanese Americans (then called the internment) never came up. The same was true in history courses at the University of Illinois in the 1970s. 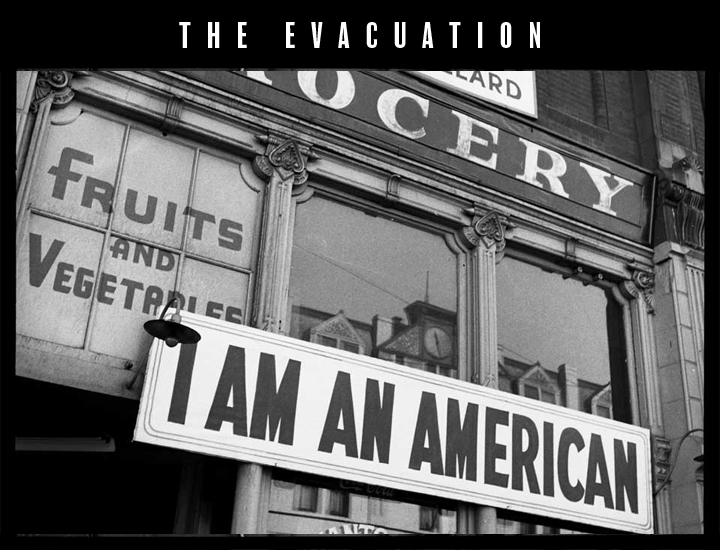 I’m not sure how old I was when I first learned that 110,000 men, women, and children of Japanese descent were removed from their homes in the western states and sent to detention camps for the duration of the war. I do recall dismissing what I heard. It seemed, well, un-American.

But as the facts of what occurred set in, I wanted to learn more.

I wanted to tell this story, so in 2015, I travelled to the National Archives at College Park, Maryland, to look through about 10,000 photographs taken by government photographers of the incarceration.

The U.S. government hired a team of six photographers to document the process of “relocating” (a term used at the time) Japanese Americans from their homes in California, Oregon, Washington, and Arizona and sending them to hastily built, shabby confinement centers in remote deserts, wastelands, and forests. The photographs produced by the War Relocation Authority (WRA), the government agency that oversaw the process, have been seen in piecemeal fashion—usually to illustrate books—but have seldom been grouped as a set that documents this important story.

My colleague Michael Williams and I spent more than a year figuring out the meaning of the pictures and how they fit together. 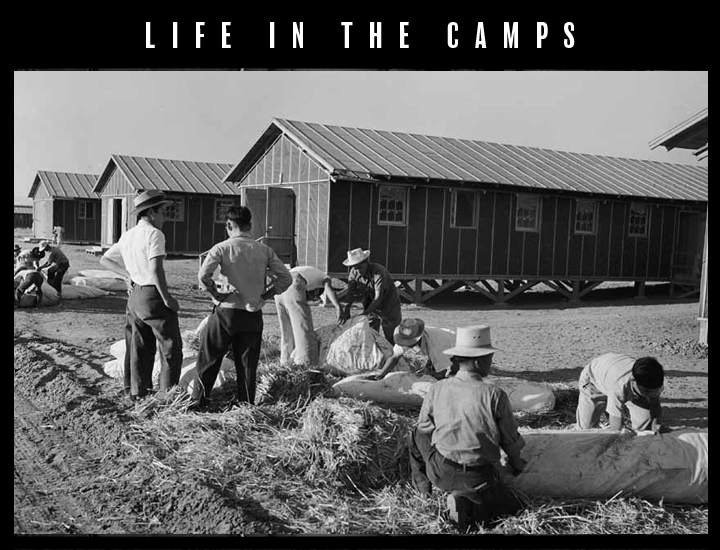 Dorothea Lange, the master documentary photographer, was the first photographer hired by the WRA. She began working in early 1942, just a few months after the attack on Pearl Harbor. Her photographs form the heart of the work collected at the National Archives as well as the emotional core of the book. Through her lens, we see what the Japanese American communities in California looked like during their last weeks of freedom. She documented the preparations that families made after they were told they would be removed from their homes. And she showed the actual pickup-the day Japanese Americans reported to the buses and trains that took them away for years.

My colleague and I have studied the collections of several significant twentieth-century photographers, but we never experienced photographs tinged with so much pathos. I had a chance to meet Lange’s god-granddaughter who explained that Lange contracted polio as a child and walked with a limp the rest of her life. The disability helped her become especially empathetic to the plight of others. People were attracted to her and her camera—like moths attracted to the light.

We also included the work of Ansel Adams, the famous landscape photographer. The government did not hire him, but he was given permission to enter and document one of the camps, the Manzanar War Relocation Center in eastern California. He showed his photographs before the end of the war at New York City’s Metropolitan Museum of Art—a bold venture at the time-and called this the most important work of his life. He later donated the work to the Library of Congress.

What makes this book so unique is that we were able to track down and interview people who were photographed by Lange and the other government photographers. Since they were sent to the camps more than 75 years ago, they mostly are in their eighties and nineties. The first person I spoke to was Jeanette Misaka, then known as Jean Mitarai, who was ten years old when she was photographed on her family’s farm in Sunnyvale, California, in April 1942.

“Do you remember the day Dorothea Lange took your picture?” I asked.

“I remember the day quite well,” she responded. She told me how her family had searched all over the farm for the shoes of her one-year-old sister, Elaine, so that the family would look proper. “Dad wanted us to look nice,” Jeanette recalled. The shoes were not found that day, and there—in the picture—is Jeanette holding Elaine wearing socks and no shoes.

Her parents, Henry and Helen Mitarai, were prosperous farmers, working three parcels of land south of San Francisco with several tractors and a large crew of helpers. “Those pictures represent what could have been,” said Jeanette.

With the help of photographs (many left clues), the internet, and journalistic moxie, we were able to track down more than two dozen subjects in the photographs. After interviewing most on the phone, their family members often asked what their father or mother or grandparent told us. Some of these survivors had never directly been asked to recount their experiences.

Perhaps my favorite was Rachel Kuruma, whom Dorothea Lange photographed as an 11-year-old at her San Francisco grammar school. Lange misidentified her (a rare mistake), but we figured out her name and I eventually found her phone number. Like many, she hung up on me at first because she figured at first I must be a salesman. But after I left a message, she called back and we arranged to meet in her San Francisco home.

The most famous photograph Lange took is called “Migrant Mother,” a picture of a bedraggled but proud woman surrounded by her children in a shanty tent during the 1930s. It is a picture that sums up the challenges faced during the Depression. To me, Lange’s essential photo of the incarceration—the equivalent of “Migrant Mother”—was the portrait of young Kuruma wearing schoolgirl dress staring so innocently into the camera.

Kuruma did not remember the day Lange came to her school and did not know of the picture, but smiled when she saw it for the first time. She confirmed it was her, and then said, “I was quite presentable then.”

She has become something of a celebrity in her family and we have since become friends. One day, I convinced her to return with me to the courtyard where she was photographed so many years ago. She had not been back since the war. She marveled at how much had changed at her old school (now called Rosa Parks Elementary), and how much had changed in her life since then.

The book has dominated the past few years: writing it, speaking about it, and helping to create exhibits. From our reporting and the photographs themselves, I’ve learned how important it is to stand up if you see something wrong. I was dismayed to see how few letters-to-the-editor were written in California papers standing up for Japanese American neighbors. And I’ve learned that if you want to resist or protest, do it sooner rather than later. Once the process has begun and the machines start moving, it is likely too late. 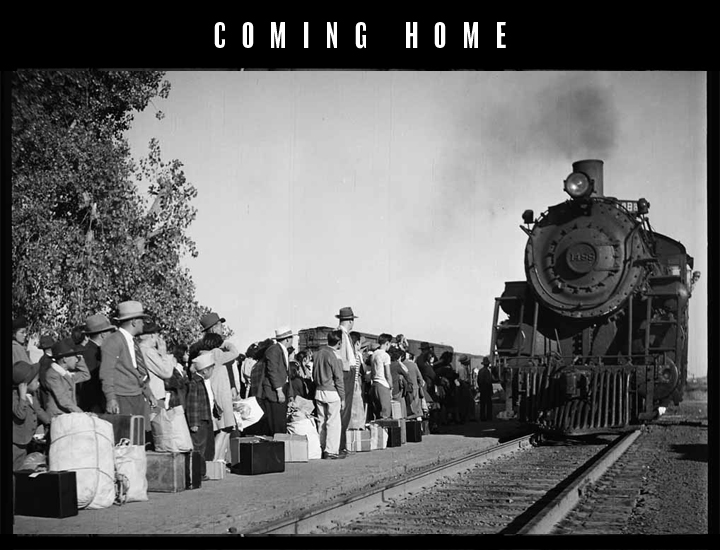 I’ve also learned about language—and how some words like “internment” shroud the truth. The U.S. government can’t intern a citizen. It’s a legal term that means the confinement of enemy aliens. U.S. citizens can be detained, jailed, or incarcerated, but we can’t be interned. The term hides the fact that 70,000 of the 110,000 Japanese Americans who were picked up in the spring of 1942 were citizens born in the United States. For decades, the term has been purposely misused.

We planned on calling the book Un-American: The Internment of Japanese Americans During World War II, until the survivor of one of the camps asked how we could start the book with a lie.

She was right. Our response: Un-American: The Incarceration of Japanese Americans During World War II.

The government film Japanese Relocation was created to convince Americans of the “military necessity” of incarcerating all Japanese Americans living near the West Coast. Dwight Eisenhower’s younger brother, director of the War Relocation Authority, narrates the film. Eisenhower came to disagree with the decision to incarcerate, though, and had trouble sleeping, became ill, and resigned the directorship after three months. He later wrote that “relocation” was an “inhumane mistake.”